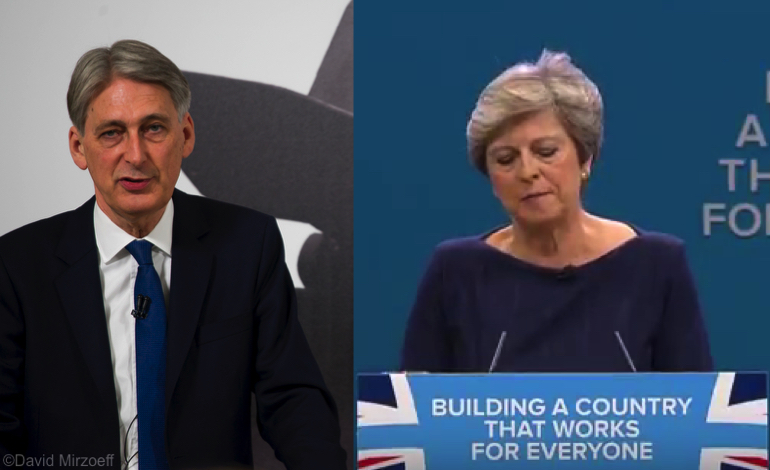 As rival parts of the Conservative Party air their disagreements over Brexit, Philip Hammond has become the latest minister to be called into question. One minister even said Downing Street now has “a stench of death”, with some Tories calling for Theresa May and Boris Johnson to be sacked as well.

So now, it’s unclear how much longer the Prime Minister and those around her can tolerate the “stench”.

On 8 October, Conservative MP Nadine Dorries and MSP Ruth Davidson both appeared on ITV‘s Peston on Sunday to give their views on the Chancellor’s performance. Dorries said:

If I were Prime Minister, the person I would be demoting or sacking would be Philip Hammond… I think he has been deliberately trying to make the Brexit negotiations difficult, stall them, obfuscate the issues. I just don’t think he has been 100% on board.

In response, Davidson said Hammond should “absolutely not” be sacked, adding:

he’s trying to steer, of course, a very difficult time for the public finances.

But she didn’t note that uncertainty over Brexit is one reason why public finances are “very difficult” at the moment.

Yet businesses seem to disagree. Several sectors have recently raised [paywall] concerns that Brexit will negatively affect [paywall] them.

You can watch the interview with Davidson here:

With fingers now pointing at Hammond, Johnson, and May, the PM will have her work cut out for her if she reshuffles her cabinet in late October.

After that, we’ll see how long this crumbling house of cards can hold together.