While all eyes are on Theresa May, two Tories have embarrassed the party very publicly [VIDEO] - Canary 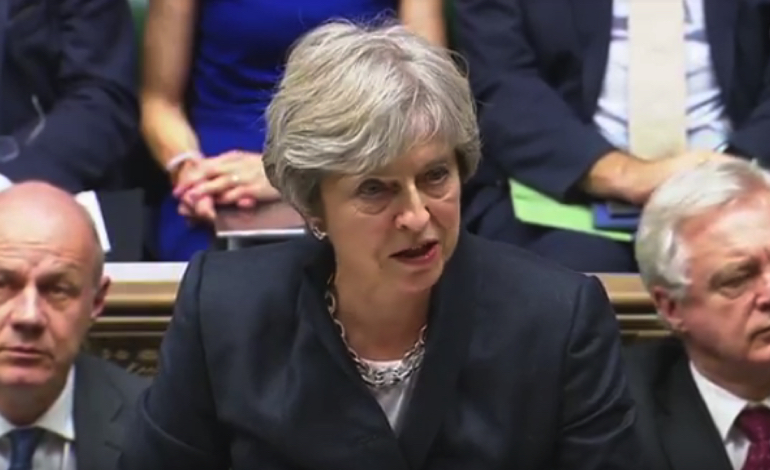 In the ongoing Brexit talks, those in Brussels seem to agree that negotiations aren’t ready to move to the next stage. Most of the European Parliament has backed a motion to that effect – and two of those MEPs were Conservatives.

They’re the latest Tory members to defy the party line as Theresa May struggles to keep her government united. And by the look of things in Westminster, it’s not going well there either.

On 3 October, 82% of MEPs supported a motion that Brexit discussions aren’t ready to move on to trade; which is what the UK government wants to do.

Among the UK representatives, Labour and Green MEPs voted in favour, UKIP voted against, and most Tories weren’t even there. But two of them – Julie Girling and Richard Ashworth – favoured the motion. And as a result, the Conservative Party suspended them.

The party explained to them that it did so because of:

the seriousness of this issue, and your failure to discuss your intention to vote against the agreed position of the Conservative delegation in advance

In response, Ashworth said he was “confused” by the decision as:

The vote was not about disrupting Brexit and the negotiations. We were asked a technical question about how much progress had been made and the answer for me was not enough.

‘The ball is in their court’

Back in parliament, May faced a ‘hostile environment’ on 9 October. She told MPs that, after the UK leaves the EU, the European Court of Justice (ECJ) may still have jurisdiction here temporarily. Something that Brexiteers like Jacob Rees-Mogg oppose.

And despite the vote in Brussels, May said of the EU:

the ball is in their court.

You can watch her speech to parliament here:

While May says her government “look[s] forward to the next stage”, some of her own party agrees that Brexit talks are going badly. And until the government has a united front, that will only continue.

– Join The Canary to support our work.