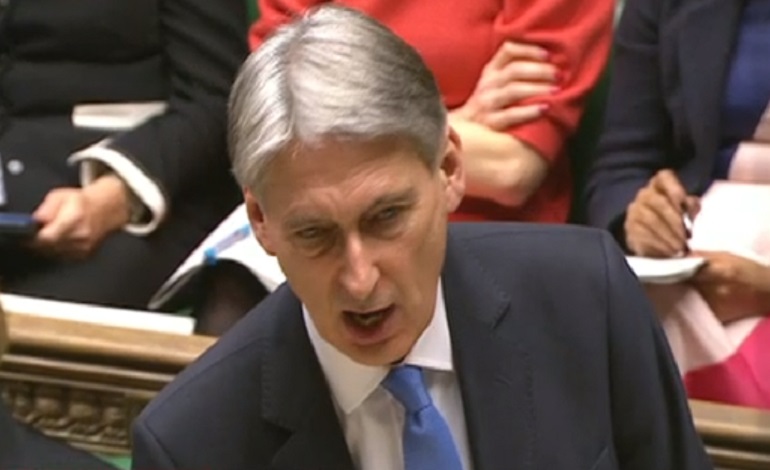 The Chancellor managed to sneak what many will view as a ‘tax on the poor’ into his autumn budget. Because he has effectively put in place a targeted tax increase on what he calls “vulnerable” people. And the Conservative benches cheered at the announcement.

On Wednesday 22 November, Philip Hammond announced in his budget speech that:

Excessive alcohol consumption by the most vulnerable people is all too often through cheap, high strength, low quality products, especially so-called white ciders.

Hammond has decided to increase the tax rate on these from 2019:

In contrast, Hammond will be freezing the rate on nearly all other forms of alcohol. As an example, he pointed out that a bottle of whisky would be on average £1.15 cheaper than if the rate had risen. This produced a cheer from the Conservative benches.

Hammond is quite openly putting more tax on the products poor people buy, in what he would argue is an attempt to curb their drinking. But in reality, the issue of alcohol abuse and class is ingrained in society, and a tax on one type of alcohol is unlikely to solve the problem.

An issue of poverty

Rates of A&E admissions for alcohol poisoning were three and a half times higher among those living in the most deprived areas of England than those in the least deprived. The poorest groups of people had the highest number of alcohol-related deaths. And those people were also associated with an “increased risk” of alcohol-related liver disease, and other diseases, relative to the richest.

What the statistical information above shows, and what the Chancellor fails to understand with his tax increase, is that alcohol abuse is a class issue. While alcohol dependency and addiction can affect anyone, the abuse is undoubtedly more common among the poorest. These same patterns exist in smoking and obesity. And this is not something new.

As George Orwell said nearly 80 years ago in The Road to Wigan Pier:

When you are unemployed, which is to say you are underfed, harassed, bored and miserable, you don’t want to eat dull, wholesome food. You want something a bit ‘tasty’.

In short, the poor aren’t drinking themselves to death because they enjoy it; it’s often unconsciously to escape the harsh realities of 21st century Britain – like the 4.6 million people in “persistent poverty”. And if white cider becomes too expensive, people will just find another product to drink.

By Hammond shoving a crude tax on what he perceives as the cause of poor people’s drinking issues, he is ignoring the reality of the situation. Meanwhile, he’s giving his rich mates, in his own words, a “Merry Christmas”.