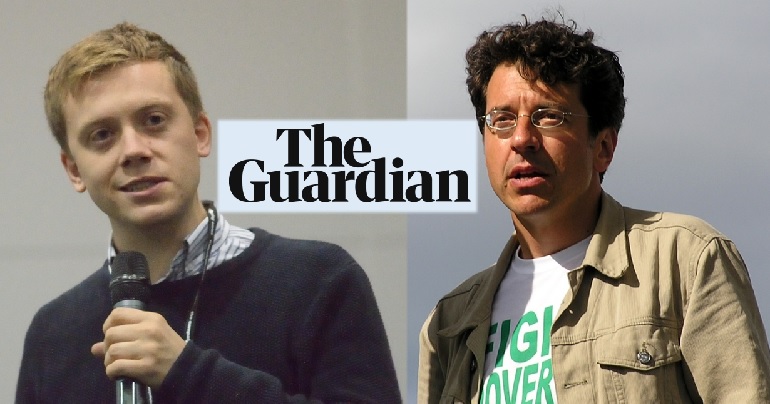 The Guardian‘s latest advertising decision has sparked anger from readers. And even some Guardian writers think it was one step too far.

How low can you go?

Media outlets today usually rely on advertising revenue to stay afloat. And for online outlets, it’s difficult to control what adverts pop up. For print outlets, though, there’s little excuse for actually choosing to publish a controversial advert.

But just how low are outlets willing to go to get advertising money?

As The Canary reported on 7 March, a Saudi Arabian propaganda campaign emerged across London just as crown prince Mohammed bin Salman visited the city. And The Times and other billionaire-owned media outlets unsurprisingly supported these adverts, which suggested that bin Salman was “bringing change” to the country.

Many Guardian readers, however, expected better from an outlet that has often reported on Saudi Arabia’s poor human rights record and alleged war crimes in Yemen. And they were very disappointed to discover that the paper had also printed the Saudi propaganda:

Similar howler in print. I’m sure Save the Children will be delighted 😐 pic.twitter.com/SYBUt7QSbc

Incredibly disappointing from @guardian. This man has been in charge of a military operation labelled as a war crime.

How on earth can you justify hosting his attempted rebrand on your site?

All sites currently running these adverts should stop immediately.

The acceptance of advertising and sponsorship in no way affects our editorial position. We are free to, and often do, challenge the activities of companies and organisations that are also our advertisers and sponsors.

But Guardian writers are not happy

When asked on Twitter, Guardian writers George Monbiot and Owen Jones both expressed their concern over the Saudi adverts:

thanks. Yes, that does concern me – a lot

No, I have the exact same position as George Monbiot on this.

We noticed all the #ANewSaudiArabia ads in the newspapers, online and on billboards today. We thought we'd come up with some of our own… pic.twitter.com/m4W6hbKfqO

According to the United Nations, at least 10,000 people have been killed during Saudi Arabia’s war on Yemen and three million people have been displaced. And as Campaign Against Arms Trade (CAAT) points out:

What’s happening to The Guardian?

If this were the first time The Guardian had given a platform to an unsavoury authoritarian regime, readers might forgive the temporary loss of moral fibre. But as The Canary previously reported, the paper also published a piece from Turkish President Recep Tayyip Erdoğan back in 2017, allowing the alleged war criminal to spew his propaganda all over Guardian readers. An editorial, meanwhile, called the re-emergence of alleged war criminal George W Bush “a welcome return”. And all of this happened as the paper whitewashed Theresa May’s past and became a bastion of Jeremy Corbyn-bashing.

It’s no wonder that even some Guardian writers are becoming concerned.

– Complain to your MP about Britain’s cosy relationship with Saudi Arabia. Also tell The Guardian how you feel about it giving a platform to alleged war criminals: guardian.readers[at]theguardian.com.