£7.2m worth of social housing is about to be sold off in a 'swanky hotel' - Canary 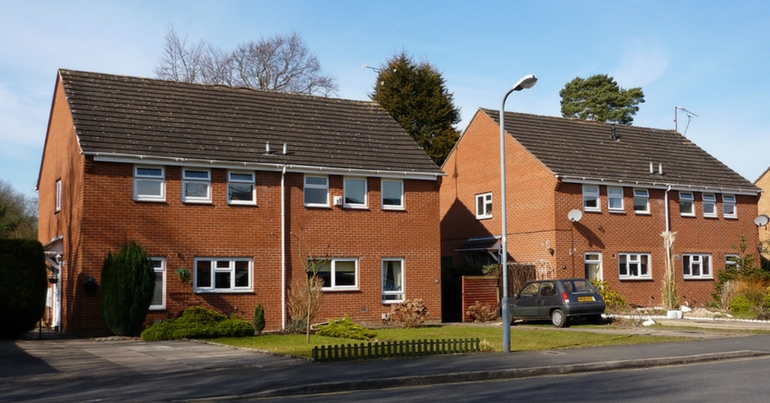 £7.2m worth of former social housing will be sold off at an auction in London on 26 March. Almost 1 in 10 of the lots in the Savills auction at the “swanky” Marriott Hotel are properties owned by councils or housing associations.

Former social housing for sale in the auction includes: two flats in Camberwell at a guide price of £865k owned by Notting Hill Housing; a £325k flat owned by Greenwich Council; and a £690k house owned by Wandsworth Council.

Few replacements are being built for social properties which are sold off. As of June 2017, the number of government-funded social homes being built had decreased by 97% since 2010. The Conservative government has prioritised the building of ‘affordable’ homes – which can be rented out at up to 80% of market value – over providing new social housing.

Social housing stocks are being further reduced by a huge increase in houses sold off under the right-to-buy scheme. Since the government relaunched the scheme in 2012, the number of council properties sold has quadrupled. Only around a fifth of the homes sold have been replaced. The government has paid £3.5bn in discounts to right-to-buy homebuyers since 2011/12, with the average buyer receiving over a £60,000 discount.

A recent study by Inside Housing found that 40% [paywall] of homes bought under the right-to-buy scheme are now being rented out privately. Potential landlords can find ex-council homes on a dedicated website. It currently shows 339 properties for sale in London.

Protest at the auction

Campaign group Homes for All – Axe the Act, will be protesting outside the auction on 26 March. Organiser Paul Burnham of Haringey Defend Council Housing told The Canary:

We are protesting at the auction tomorrow because it is morally wrong that homes at social rent are being sold off to the private sector when so many people are homeless in London. We are concerned and angry about the housing associations that are doing this, and at Savills as government advisers who are facilitating it.

Labour MP for Westminster Karen Buck opposes the selling-off of social homes, which affects many of her constituents. She says:

It sticks in my throat to see social housing sold off in a swanky hotel.

Labour has a policy to suspend the right-to-buy scheme and end the current ban on long-term council tenancies. The Chartered Institute of Housing has estimated that 370,000 social homes could be lost by 2020 if the current housing policy continues.