As Amber Rudd leaves, the next 'human shield' minister steps up to cover Theresa May's back - Canary 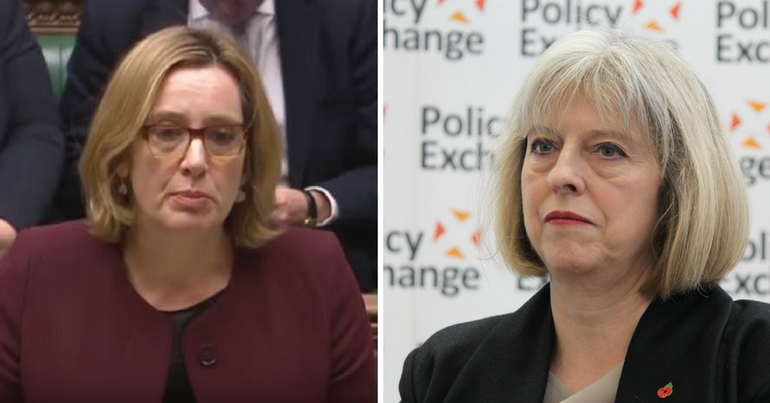 Amber Rudd has resigned, leaving the previous home secretary, Theresa May, in the firing line over the Windrush scandal. But now, questions are being asked about whether May knew of the immigration removal targets which Rudd claimed not to have seen.

Wouldn’t Theresa May have known?

Transport secretary Chris Grayling appeared on the BBC‘s Today programme on 30 April to talk about Rudd’s resignation. In reference to Rudd’s statement to the home affairs committee that there were no removals targets, interviewer Nick Robinson asks Grayling:

Isn’t it likely that the previous home secretary, one Theresa May, would have known that what had been said to MPs was not true?

Grayling ignores the question, and replies:

For the second time…

What’s the answer to my question?

So, there’s no question, you’ll have seen from what Amber said over the weekend that she believed we should crack down on illegal immigration…

And the third time…

What’s the answer to my question, Mr Grayling?

For a third time, Grayling ignores the question and instead claims that since May has not been home secretary for some time, she won’t know what’s happening in the Home Office today.

And the fourth time

But Robinson continues to press the point:

Grayling avoids the question for a fourth time:

Well you’re talking about operational targets, on the ground, in individual teams. Ministers don’t see what’s happening in every corner of their department all of the time. So I can’t judge the situation two or three years ago. What I do know is…

Targets but no targets

You’re drawing a distinction that I’ve never heard any minister claim exists: that there can be an overall target for a policy but the officials who have to carry out that overall target don’t have their own targets. I’d love you to point to a single example in any government department in which that would be the case.

Grayling fails to point to an example, but instead says:

Well the truth is, throughout government, people have targets for their work, targets for their teams. Of course they do. And Amber made a mistake. She made a statement to the House of Commons that she realised was wrong and she’s taken responsibility for that.

Ultimately, Grayling managed to totally avoid the question of whether May knew about the targets. And so, by extension, he failed to answer whether May knew that Rudd was either deliberately or inadvertently misleading parliament. Whether May can continue to hide behind her cabinet minister ‘human shields’ as the scandal develops remains to be seen.