Still reeling from the local election results, Theresa May now faces a 'timebomb' in her party’s heartlands - The Canary 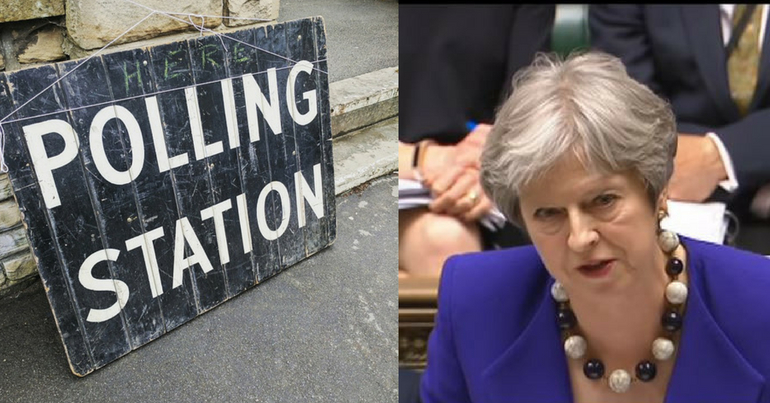 The local elections on 3 May were a bit of a disaster for the Conservatives. They lost 35 seats overall, while Labour gained 79. Perhaps the best that could be said was the Conservatives “avoided a wipeout”.

But there may be far worse ahead for Theresa May. A new YouGov poll suggests that a demographic timebomb may be getting ready to explode in the face of the Conservative Party.

At the moment, London is Labour-dominated (49 MPs, against 21 for the Conservatives), but the rest of the south is almost exclusively held by Conservative MPs. But as London becomes increasingly unaffordable, people are moving out – and taking their politics with them.

Swing to Labour in London and south-east

The YouGov poll shows that among those who left London in the past five years, 47% voted Labour in the 2017 general election, with only 35% preferring the Conservatives. The largest swing from Conservative to Labour in that election came in London and the south-east. Those leaving London are disproportionately in their 20s and 30s. In the 2017 general election, people in these age groups overwhelmingly preferred Labour to the Conservatives.

Data from the Office for National Statistics shows that when people move out of London, many stay in the south of England. In other words, they stay in the areas that are currently Conservative strongholds.

YouGov points out that in local by-elections since the 2017 general election, the Conservatives lost 29% of the seats they were defending in the south-east, as well as 46% in the south-west and 42% in the east. In the 3 May 2018 local elections, they lost control of Mole Valley in Surrey, as well as Plymouth, Kingston-upon-Thames and South Cambridgeshire.

“A timebomb for the Conservatives”

YouGov sums up the overall effect:

The south of England is becoming more like London as young people move out. It’s a timebomb for the Conservatives.

Labour may be able to seize traditional Conservative heartlands over the next few years as a result of demographic shifts. Theresa May should be very worried.