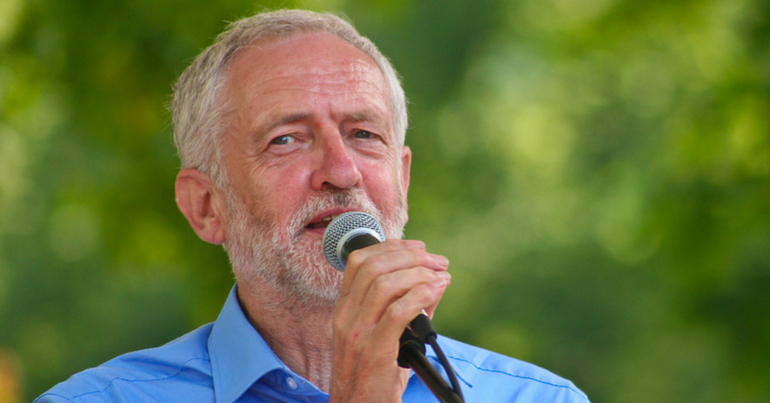 The media has blamed Jeremy Corbyn for many things since he was elected as Labour leader in 2015 including:

In fact, blaming Corbyn has become so popular that it even has its own hashtag:

I just spotted a programme on BBC 4 called, 'Horizon: the end of the solar system,' and was amazed it didn't have 'and it will all be Jeremy Corbyn’s fault' on the end.#BlameCorbyn

The latest claim, however, puts the rest in the shade. A man stormed the stage during the British entry for the Eurovision Song Contest in Lisbon on 12 May. And apparently it’s Corbyn’s fault:

It’s the kind of thing you might expect from right wing blogger Guido Fawkes. But ‘grassroots Conservative youth organisation’ Activate was also quick to share the story:

Although that didn’t work out so well:

I can't decide if you're pathetic, dangerous or adorable.

There were those who foresaw it:

Immediately after a protester interrupted a performance on Eurovision, many Labour members on social media half-jokingly predicted that our rabid right wing media might try to blame Corbyn for this. Well… pic.twitter.com/ercHZsiZ8X

And those who responded perfectly:

Even a cursory read of the article reveals that this person is detached from the real world. He ‘supports’ #Corbyn but could just as easily align himself with Martian conspiracies or Veganism. It appears to me that you are using this incident to score cheap political points.

What song did he sing?

It’s clear that there’s nothing Corbyn’s detractors won’t blame him for. Disrupting the Eurovision Song Contest must just be the next stage in his plan for world domination.