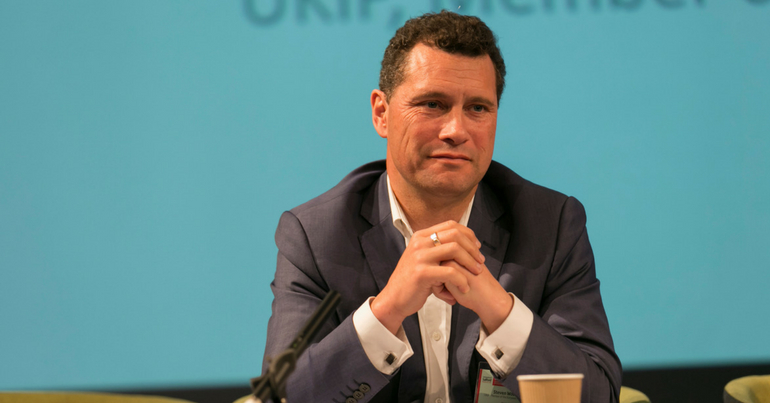 A former UKIP leadership hopeful has sparked hilarity on Twitter by claiming that 7 million babies are born each year in the UK. Steven Woolfe, Independent MEP for North West England, tweeted:

In the next five minutes 70 children will be born in the UK, 20 of those to mothers not born here. 60 people will have migrated here in that time as well.

Woolfe’s figures equate to a yearly total of 7.4 million births (including 2.1 million to mothers not born here), and 6.3 million migrants.

Out by a factor of ten

But according to the Office for National Statistics (ONS), there were 774,849 live births in the UK in 2016. So Woolfe’s figures for total births were out by a factor of almost 10.

Of those children born in England and Wales, 26.9% were to mothers born outside the UK. This works out to fewer than two births every five minutes to mothers not born in the UK. So Woolfe was once again out by a factor of 10.

It was predictable that Twitter would not let this go unnoticed:

I think a graph is due, just to show the extent of Steven's 'error' pic.twitter.com/2FNnPAgirD

That's 7.4 million babies and 6.3 million migrants a year!
Are you really that dense?

Wow! That means that in just 14 years time, most people on earth will be British.

6.3 million migrants every year equates to emptying a country the size of Turkey of its population every twelve years. Luckily, by 2218 there will be no countries left for anyone to migrate to the UK from because they'll all be here.*

*This is definitely likely to happen.

However, Woolfe was unabashed. The following afternoon, he tweeted a correction – but without deleting the original tweet.

This didn’t go down well either:

You should probably take the original tweet down then. Wouldn't want to mislead people…

Woolfe’s original tweet was shared over 600 times. His retraction was shared fewer than 100 times. His contribution towards Theresa May’s “hostile environment” for immigrants could not be clearer.

Featured image via flickr/University of Salford