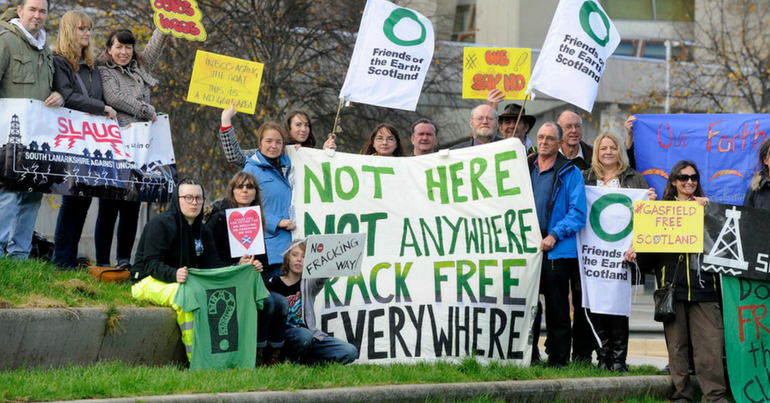 A billionaire businessman accused of “bully boy tactics” over fracking has been given a knighthood in the queen’s birthday honours.

Jim Ratcliffe, founder, CEO, and chair of chemical company Ineos was given the honour [pdf,p3] for ‘services to business and investment’. According to website Drill or Drop, “the Ineos group’s shale gas company, Ineos Upstream, holds more exploration licences than any other oil and gas company onshore in the UK”.

The Ineos boss can now call himself Sir Jim Ratcliffe:

But Ratcliffe’s elevation has not gone down well with some:

But Ratcliffe made trade unionists take a pay cut and lose their pension at Grangemouth. Surely worth a #torygong

Disgusted to see the billionaire who wants to frack on the outskirts of our beautiful city has been knighted. Hands off York Sir Jim Ratcliffe! #ineos #frackfree #QueensBirthdayHonours

Head of #ineos, who wants to put a #fracking drill right beside my children's school, has been knighted in the #QueensBirthdayHonours. I wish it was a joke 😳

@KensingtonRoyal @RoyalFamily Really? This man is suing our @nationaltrust and the @scotgov His company #ineos is an unsustainable ticking timebomb in our view. …oh and he wants to take a massive risk by #fracking the north #ineosvthepeople https://t.co/vFXBuEgQVe

These are just a few of the reasons why Ratcliffe’s knighthood has not been universally celebrated:

Guy Shrubsole, climate campaigner at Friends of the Earth, has said in relation to Ineos suing the National Trust:

A huge fracking firm suing the National Trust to test for shale gas within the historic Sherwood Forest area will make people wonder what is sacred anymore. The spirit of Robin Hood will be bridling at these bully-boy tactics. INEOS’ fracking activities threaten to industrialise our green and pleasant land and people everywhere will be horrified.

Jim Ratcliffe moved to Switzerland in order to avoid paying a £100M tax bill. It is astounding that this tax-dodging billionaire is being honoured with a knighthood. If Jim Ratcliffe is allowed to frack vast areas of Yorkshire to provide feedstock to make yet more plastic, he will do more damage to the countryside and the oceans than perhaps anyone else in history, calling into question the whole honours system.

Ratcliffe moved Ineos to Switzerland in 2010 and saved £100m a year in tax by doing so. He defended the move, saying:

If you have spent your life building Ineos and you find yourself in a crisis you are going to do anything you can to save what you have been building.

Jim Ratcliffe has got his gong and we may now call him ‘Sir’. But a knighthood is unlikely to make his brand of industrial relations and stifling of dissent any more popular with Britons.

– Read other articles from The Canary on fracking.

– Stay up to date with fracking news from Drill or Drop?

Featured image via Friends of the Earth Scotland/Flickr