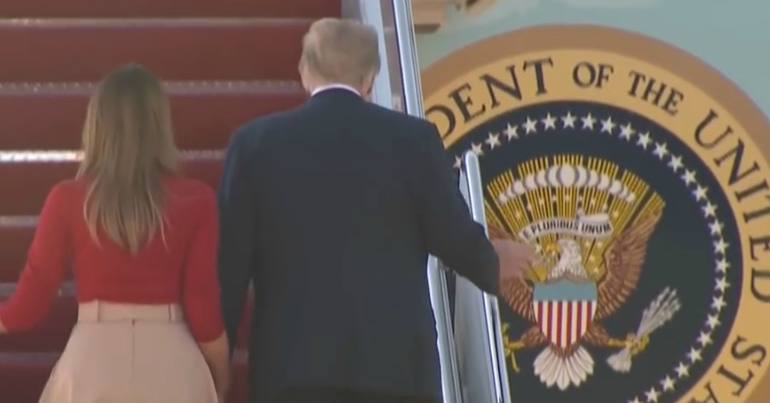 The Scottish Government owns Prestwick Airport and it should not be used for Donald Trump’s visit.

“We stand in solidarity”

Leonard has previously suggested Nicola Sturgeon should “make clear she will not meet with Donald Trump”. Prior to knowing the president would be arriving in Scotland, Sturgeon criticised [paywall] the UK government for inviting Trump and offering “the red carpet” treatment. Now Trump will be landing at Prestwick on Friday evening.

Harvie has said Scottish ministers should:

show those in the US who are threatened and marginalised by the Trump regime that we stand in solidarity with them.

This move comes after Trump’s border policy was revealed to have been separating parents from their children.

Both Leonard and Harvie believe the Scottish government should rule out the use of the public airport for Trump’s visit.

‘Scottish ministers do not intervene’

The Scottish government has responded, stating Glasgow Prestwick Airport is operated by an ‘arm’s length’ company. As STV News reports, a spokesperson said:

Ministers do not intervene in any specific commercial matters at the airport.

The Scottish government has highlighted the importance of Scotland’s relationship with the US. It will also raise the importance of upholding human rights, equality, and diversity during the president’s visit.

This joint statement puts pressure on Nicola Sturgeon to take action in relation to Trump’s visit.