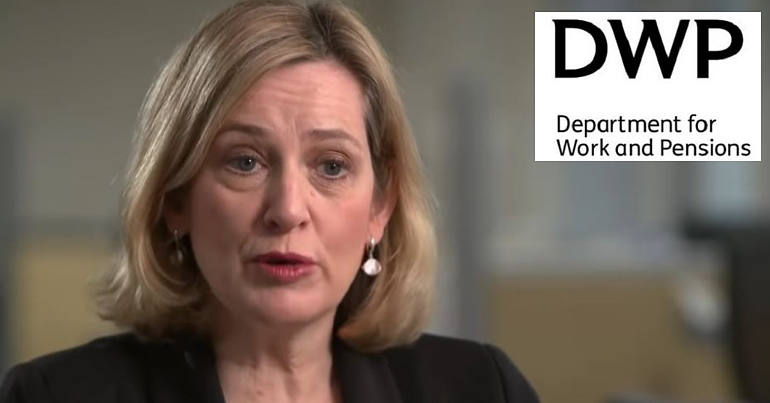 DWP secretary Amber Rudd has said that Universal Credit is “absolutely compassionate”. Her comments were made on the same day that a high court judge ruled that the Universal Credit assessment regime had caused “severe cash flow problems” and was rong in law” for some claimants.

On 11 January, the high court ruled against the DWP in a case brought by the Child Poverty Action Group (CPAG) on behalf of four lone The case centred around the way in which the DWP assesses income for Universal Credit claimants. Working claimants receive Universal Credit monthly in arrears with the amount based on their previous month’s income.

But the four claimants in the case were all paid on a day very close to their assessment day. That meant that if they were paid early because of a weekend or bank holiday, they were treated as “receiving two monthly wages in one assessment period – which in turn dramatically reduced their UC award”.

The DWP had refused to make any changes to avoid this situation, claiming that the system was lawful, that it would cost more to make individual adjustments, and that any changes should be made by the employer, not the DWP.

The high court rejected the DWP’s argument, saying that:

We do not belittle the administrative inconvenience or the cost involved but the language of the regulations cannot be distorted to give effect to a design which may have proceeded on a basis which is wrong in law.

The judgment went on to say that:


The way in which universal credit is calculated in their cases leads to fluctuations in the amounts they receive which create severe cash flow problems for the claimants living as they do on low incomes with little or no savings.

CPAG said that this meant that the way the DWP had been assessing income for Universal Credit claimants was “unlawful”. In response, the DWP said that:

We are carefully considering the court’s judgment.

“One or two individuals”

Ironically, the judgment came out on the same day that Rudd gave an interview to the Mirror, in which she said:

The overall product that is Universal Credit is absolutely compassionate…Some of the criticisms that have come from various publications have been based on one or two particular individuals where the advice hasn’t worked for them.

In fact, it’s very clear that Universal Credit has been a disaster not for “one or two particular individuals“, but for huge numbers of those on the regime. UN rapporteur on extreme poverty and human rights, Philip Alston, visited the UK in November 2018. His report was stinging about the benefit. He said that:

many aspects of the design and rollout of the programme have suggested that the Department for Work and Pensions is more concerned with making economic savings and sending messages about lifestyles than responding to the multiple needs of those living with a disability, job loss, housing insecurity, illness, and the demands of parenting.

The particular wrong highlighted in this court case may be rectified, but the terrible injustice of Univeral Credit continues.