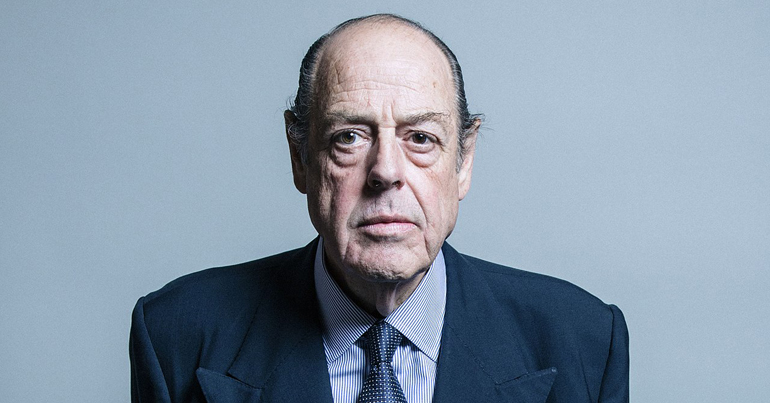 Former government minister Nicholas Soames has taken a £568-an-hour job with one of the US’s biggest lobbying firms. Soames is the Mid Sussex Conservative MP.

BGR Group is described by the Washington Post as a “lobbying powerhouse”. It’s hired the MP as a senior advisor on business development and strategy. The group claims to be a specialist in “creating, implementing and changing public policy”.

Soames, the grandson of Winston Churchill, can now expect to receive around £367,000 a year. It gives the veteran Conservative one of the highest annual registered earnings in parliament.

Soames will earn £68,196 a year in his new role with BGR. The firm boasts of “providing market access” for US companies abroad.

A bipartisan lobbying firm… Whether you seek new legislation, need to modify regulation, or want to put a stop to adverse legislation, we have the skills to achieve results under the most difficult circumstances.

Research group Open Secrets found BGR lobbies on behalf of firms in fields such as defence, pharmaceuticals, gambling, and fossil fuels. It also names the governments of Azerbaijan, Bahrain, Ukraine, and India amongst BGR’s clients.

The Washington based lobbying giant cut ties with Saudi Arabia after the murder of journalist Jamal Khashoggi in October 2018. It previously had a $80,000-a-month contract with the Saudi government.

BGR Group London LLP business activities focuses on business development and consultancy work. We assist clients in a number of ways including strategy or identifying new financial or technical partners for their ventures. Our transactions have cut across several sectors including the telecoms sector, energy and the sports sector, and currently we are working on oil & gas transactions and renewable energy.

As a Senior adviser to the UK firm, Sir Nicholas’s extensive UK and international experience will assists us where relevant in the mandates described, and is fully compliant with all the rules of parliament, and has been so Registered with the Register of Interests.

Aside from his work with BGR, Soames brings home £110,000 a year as a senior advisor for GardaWorld, formerly AEGIS Defence Services. The company recruits and provides private security and military personnel.

AEGIS has been embroiled in many scandals over the years. In 2016, allegations surfaced that it recruited child soldiers from Sierra Leone as mercenaries in Iraq. The soldiers were paid as little as £11 a day.

AEGIS was also at the centre of the ‘trophy’ video scandal. An ex-employee of the firm posted a video showing AEGIS contractors shooting at civilian cars with machine guns. AEGIS opened an investigation but found the operation was “legitimate”. GardaWorld bought the firm in 2015.

Soames, who voted for the Iraq war, has been a director of AEGIS since 2005.

Cash in the bank

Overall, the former minister will now bring in approximately £367,760 a year. That includes his £77,379 MP’s salary, but not the accompanying expenses, or additional speaking jobs.

The MP earns £97,185 a year as a senior advisor to financial services outfit MMC Group. He also receives £15,000 a year as a non-executive director of Aggregated Micro Power. Soames’ four jobs, outside of his role as a public servant, total around £290,380 per year.

It is currently unclear exactly what the MP’s ‘senior adviser’ role at BGR will entail. However, with five jobs now on his plate, it is hard to see how the constituents he was elected to represent will get the benefit.