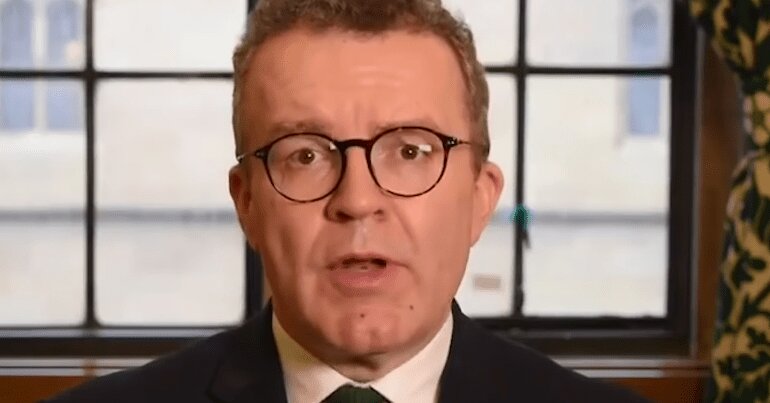 Tom Watson seems to have made an error that may have just exposed his anti-Jeremy Corbyn sabotage. The apparent website for the deputy leader’s Future Britain Group – his new centrist group within the Labour party – was anonymously created on 18 February. That’s the very same day that the seven centrist MPs splintered from Labour to start the Independent Group.

The revelation will add to concerns from the Labour grassroots that Watson is coordinating with the defecting MPs.

Somebody anonymously registered the domain name “futurebritaingroup.co.uk” on the same day that the defectors left: 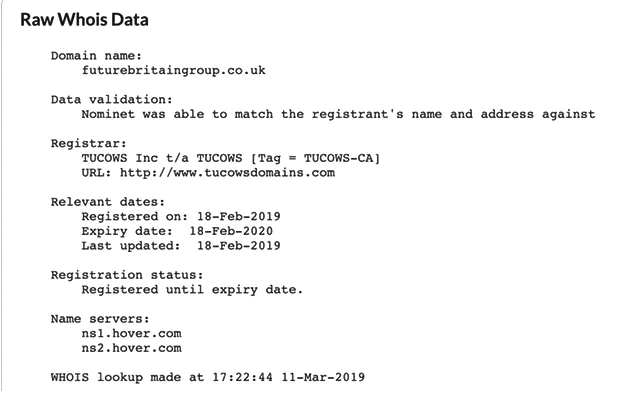 The website address is not currently live. But the date of its registration contributes to a pattern Labour supporters may find concerning. Back on 18 February, Watson released a video lamenting that his fellows MPs had left, shortly after they departed. He also suggested that Corbyn should reshuffle his frontbench in order to accommodate more centrist opinions and avoid more defections. The thing is, Corbyn initially welcomed Blairites and centrists onto his front bench when he became leader. But they only thanked him with a coordinated coup attempt.

Now, the timing of Watson immediately releasing his video response and the registration of the Future Britain Group website suggests we may be witnessing another planned attempt from the centrists to undermine Corbyn. Labour supporters elected Corbyn on two record-breaking mandates. Nonetheless, Watson and the centrists could be using the threat of more defections to try and force policy concessions from the leadership. Even though the party increased its voteshare by more than at any point since 1945 in the last election.

Watson had not responded to The Canary‘s request for comment by the time of publication.

On 11 March, about three weeks after the initial defections, Watson held the first Future Britain Group parliamentary meeting. The group claims that around 70 Labour MPs and 60 peers attended the meeting, which Watson claims isn’t another parliamentary faction. Newly elected Bristol North West MP Darren Jones, meanwhile, is organising the group’s policy direction. But Labour supporters will likely be concerned at any move away from the 2017 manifesto. YouGov polling from September 2018 shows that Labour voters did not opt for the party because of the opinions of centrist MPs. 83% of Labour supporters voted for the party because of either its policies or values. By contrast, just 1% voted for the party because they support individual MPs. Additionally, the Labour manifesto was the first ever to go viral on the internet, with 63,000 shares in a matter of days.

Attendees at Watson’s 11 March meeting shed a light on its direction. They included Tony Blair’s former spin doctor Peter Mandelson, who’s previously declared that he tries to undermine Corbyn “every single day”. Along with Neil Kinnock, Margaret Hodge and Hilary Benn, Mandelson delivered a speech to the attendees.

If Watson and centrist parliamentarians are trying to use the threat of more defections to control the leadership, Corbyn’s team would be wise to resist. As the YouGov polling suggests, people vote for Labour’s policies and values as a whole. They aren’t particularly concerned with the opinions of a bunch of right-leaning MPs.

With centrist politics in abject global decline, Labour would demolish the Independent Group in a general election. And that’s what counts.