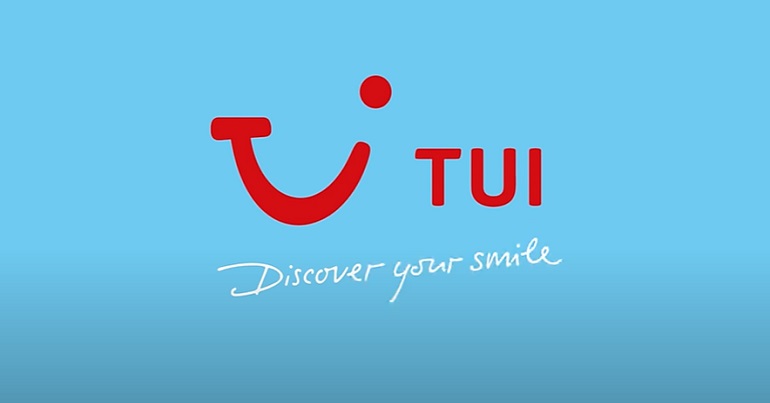 Travel giant TUI actively runs government deportation flights from the UK. Now, it’s facing a day of action against its contribution to this hostile environment.

SOAS Detainee Support (SDS) is an abolitionist group that supports people the UK government wants to deport. It says on its website that it works:

in solidarity rather than charity, and try to meet people in detention on their own terms and without preconceived notions about their situation or desires.

emotional support and practical support that could include help with finding a solicitor or medical expert, bringing toiletries and other essential items, and campaigning alongside people in detention. We do not offer legal advice.

Now, SDS has turned its attention to one of the UK’s leading travel companies.

TUI is one of the largest holiday firms in the UK and the world. Previously Thomson, in 2017 it rebranded itself. At the time it unveiled a new slogan:

But TUI also puts deportees ‘in the middle’ of its operations. Because Corporate Watch accused it of being:

So, how much money does TUI make from deportation flights? This is difficult to know.

Of course, deportation flights are probably fairly good business for the likes of TUI. Corporate Watch noted that between November 2017 and October 2024:

So, SDS is holding a national day of action against TUI’s role in the flights. On Saturday 28 August, it will be demonstrating outside TUI branches across England: 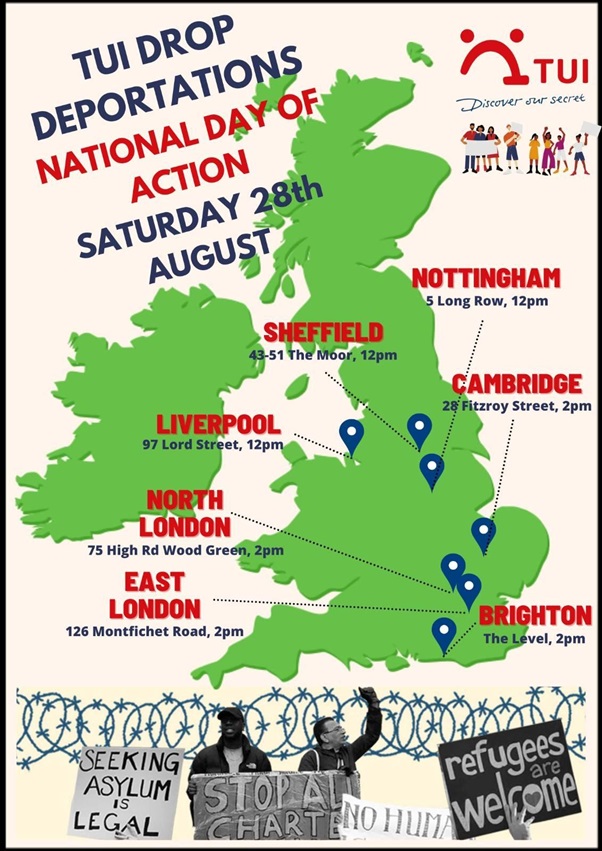 It has also written an open letter to TUI. You can read and sign it here. SDS says it wants the firm:

to act in the interests of justice, and discontinue your collaboration with the UK Home Office. Stop upholding this system. Stop the planes.

But deportation flights are not the only controversy surrounding TUI.

The campaign group Boycott Turkey noted how TUI operates in Turkey. It said that:

The issue here is the Turkish government’s human rights record. As The Canary‘s Eliza Egret documented, it commits numerous ongoing abuses of people’s rights. These include it:

So, Boycott Turkey is calling for protests outside TUI branches, because it continues to operate in the country.

pressuring hotels in the Canary Islands to stop hosting migrants arriving on wooden boats, fearing it would damage the islands’ image in the eyes of TUI customers.

The Canary asked TUI for comment. But a spokesperson said that they were “unable to comment” on the situation.

Of course, TUI doesn’t have to do any of this. Even Richard Branson’s Virgin Airlines has refused to run these “involuntary” deportation flights.

As long as TUI continues to assist the UK government’s hostile environment, people need to hold it to account. If you can, attend a demo on Saturday 28 August. And maybe the public can force TUI to change its position on these toxic deportation flights.