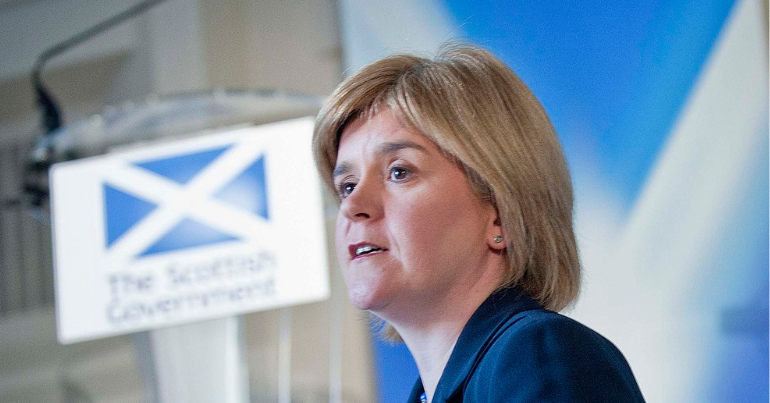 The looming standoff over the law to make it easier for people to change gender ratchets up London’s tense relations with Scotland’s government. It is currently less than two months after the ruling Scottish National Party (SNP) saw its efforts to hold a new independence referendum stymied by the UK Supreme Court.

A ‘high degree of confidence’

Sturgeon told a press conference in Edinburgh that her government is prepared to “rigorously” defend the gender legislation all the way to the UK’s top court if Prime Minister Rishi Sunak steps in to block it. She stated that, if necessary:

We will defend the bill in the Supreme Court…

What I can say in general is that we will absolutely, robustly and rigorously and with a very, very, very high degree of confidence, defend the legislation.

Sunak is considering legal advice ahead of Wednesday’s deadline for him to act.

Under devolution rules, which led to the establishment of the Scottish parliament in 1999, London can block legislation if ministers believe it will have an “adverse effect on the operation of the law”.

If Sunak decides to take action, he will become the first No 10 incumbent to use the blocking mechanism. As the Canary previously reported:

The powers afforded to Westminster by Section 35, essentially dismissing a bill despite Holyrood’s assent, have never been invoked. This would risk causing a constitutional crisis at a time when the union between Scotland and the UK has never been more fraught. Such a clear demonstration that Scottish parliament is only permitted to make its own laws at Westminster’s decree could be a disastrous move.

The legislation, passed by the Scottish parliament in December, makes it easier and quicker for people to officially change their gender, dropping any requirement for a gender dysphoria medical diagnosis.

The legislation also allows people aged 16 and 17 to change their gender. Furthermore, it reduces from two years to three months – or six months for 16-17 year-olds – the time needed for an applicant to live in their new gender before it is officially recognised.

Opponents of the law have argued that it could present dangers to women and girls, particularly around the provision of single-sex spaces. However, when pressed, the Scottish Human Rights Commission could not:

identify any objectively evidenced real and concrete harm that is likely to result from the reforms. Indeed, the majority, if not all, of the concerns that have been outlined do not appear to have a relationship with the proposals that are set out in the Bill.

The Scottish government also insists it will not impact the UK’s Equality Act, which already allows for trans people – even those with Gender Recognition Certificates (GRCs) – to be excluded from single-sex spaces such as changing rooms and shelters when necessary and proportionate.

Sturgeon said the previous system to change gender was “intrusive, traumatic and dehumanising”.

Officials in London are closely assessing the impact the law would have on the Equality Act before advising the prime minister, according to a government spokeswoman. She went on to say:

We share the concerns that others – including the Equality and Human Rights Commission and the UN Special Rapporteur on Violence Against Women and Girls – have with the Bill, particularly around safety issues for women and children.

Our concerns include the protection of single sex spaces, and the checks and balances included in the process of gaining a legal gender recognition certificate.

However, Holyrood has already comprehensively addressed the concerns raised by the UN special rapporteur. In fact, the response quoted another UN expert, highlighting that:

Belgium, Denmark, Ireland, Luxembourg, Malta, Portugal and Argentina are examples of states that have implemented systems based on self-identification and eliminated pathologising requirements and where the numbers and outcomes in terms of social inclusion and the decrease in violence against trans and non-binary persons are remarkable. At the other end of the scope of worries, so to speak, the theoretical concerns that were raised in the process of adopting those processes have not materialised.

The the GRR Bill was first proposed over 6 years ago. Since then, it has faced intense public and parliamentary scrutiny, which has failed to generate any significant changes to its contents. It is also true that at least 15 other countries around the world have introduced similar legislation without adverse effects.

As such, there are strong questions about what exactly Mr Sunak believes could possibly be found to stop it at this 11th hour, and why such evidence was not revealed sooner. Meanwhile, Starmer – in typical centrist fashion – admitted concerns over the legislation, though he didn’t back the Tories’ challenge either.

With the union between Scotland and the UK appearing tenuous at best, the prime minister is gambling the fate of the union itself on blocking a Bill which does little beyond making trans lives marginally less bureaucratic. More pity the spiteful fool.

Featured image via Wikimedia Commons, licensed under cc-by-2.0, resized to 770*403