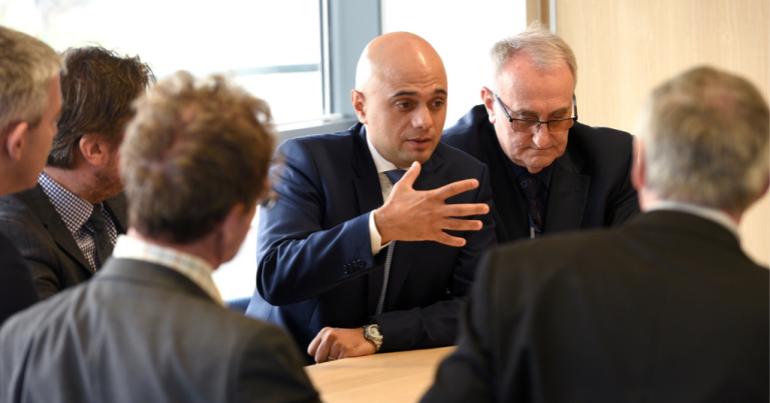 Glasgow MPs have joined together to send a message to the Home Office in response to “despicable” moves to evict refugees. According to reports, around 300 asylum seekers could become homeless because of actions taken by Home Office-contracted firm Serco.

The outsourcing giant has announced it will be changing the locks on the properties of hundreds of asylum seekers in the city. Officials have warned this may cause a humanitarian crisis on the streets of Glasgow.

The MPs promised to take the fight to home secretary Sajid Javid in defence of those affected.

According to reports in the Sunday Mail, Serco is set to commence its “move-on” programme. The firm has said it will serve “lock change notices” from Monday 30 July. This means occupants will have seven days to move from the property before locks are changed.

Serco has claimed the people affected have had their asylum applications rejected. Previous policy said that asylum seekers were allowed to stay in their properties until a final decision had been made.

Refugee housing charity Positive Action in Housing slammed the decision, saying there would be “nowhere” for those evicted to go.

Director Robina Qureshi said that several of the refugees have been contemplating suicide while others are no longer leaving their flats for fear of eviction. Qureshi added:

This is the hostile environment on Scottish soil, vulnerable refugees, many from Syria, Iraq, Eritrea, and Afghanistan, endure systematic cruelty at the hands of an asylum system that fast tracks them into “refused” asylum status, then leaves them destitute.

Glasgow City Council claimed it has been “blindsided” by the decision. The council is not allowed to provide housing for those with failed asylum claims.

A spokesperson for the council said there had been no “proper consultation or engagement” around the decision. They added that it is an “appalling situation for all affected”.

Glasgow’s MPs joined together on 29 July to face up to the UK government. SNP MP Stewart McDonald offered to take on the case of anyone affected, writing on Twitter:

If @SercoGroup attempt to make one asylum seeker in my constituency homeless then I assure Serco, and the Home Office, that I will raise hell.

Labour MP Paul Sweeney was similarly vocal in his support. The MP said the move was a result of the Conservatives’ ‘hostile environment’ policy. In a statement, the MP said he would be taking the issue up with home secretary Sajid Javid as a “matter of urgency”.

Also offering to follow up cases of those affected, Sweeney wrote:

This is the city of Mary Barbour’s Army. All seven Glasgow MPs are united on this.

Scottish Labour MSP Mary Fee said she was “utterly dismayed” at the decision. The MSP claimed the move “lacks any compassion or rationale”.

In response to the news, the Home Office stood by Serco’s decision. The firm currently houses 5,000 people in Glasgow as part of a Home Office dispersal scheme. A Home Office spokesperson said:

While an asylum claim is outstanding, we would not be seeking removal. Even if an asylum claim has failed, we will provide accommodation for those who would otherwise be destitute and who are temporarily unable to leave the UK because of a practical or legal obstacle.

However it is right that we prepare for someone’s removal if they do not have a lawful basis to stay in the UK and they are not pursuing an appeal.

Govan Community Project continued to criticise the plans, saying that Serco has shown that it “can’t be trusted to deliver a public service”.

Whilst we are sympathetic to their plight, we believe we have been more than supportive of these individuals by providing them with an additional period of housing in which to make alternative arrangements but we cannot continue to provide free housing indefinitely.

As they no longer have any right to continue to live in the property we provide. We have therefore started legal proceedings to repossess our properties.