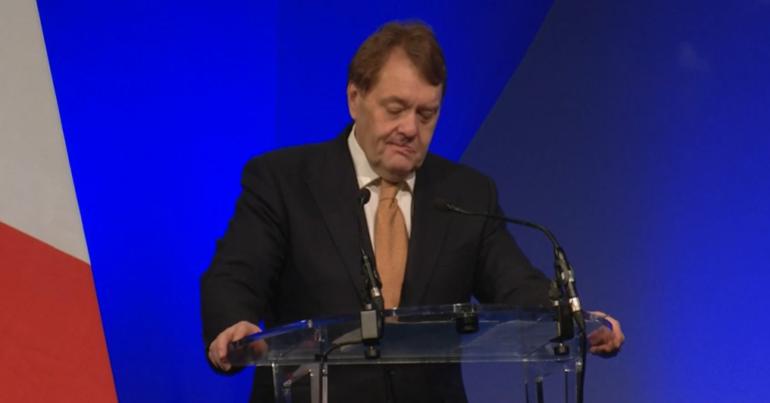 Conservative MP John Hayes has taken a £1333-a-day role to ‘promote charitable work’. The Canary can reveal the Conservative MP will be paid £24,000 a year, in return for up to 18 days of his time.

Hayes received a controversial knighthood late last year. The MP’s income for the year, including his MP’s salary but not including expenses, was already set to top £150,000 before taking the paid charity position.

In 2014, the then transport minister Hayes said complaints about MPs’ pay being too high were “hair-shirted nonsense”. He also rallied against openness and transparency in politics, saying:

Thanks to the transparency of the Register of Members’ Financial Interests, The Canary has found the MP is earning quite a bit more than just his MP’s salary of £77,379.

In May 2018, Hayes took on the position of president of the Highbury Burton Saudi Arabia. The MP is paid £20,000 as a figurehead for the higher education venture. Just over a month later, Hayes signed up to a £15,000 per year role as advisor for the Chartered Institution for Further Education but left the position at the end of November.

In September 2018, he added a £50,000 per year job as a strategic advisor to BB Energy Trading. He then took on the position of non-executive director at eSharelife in January 2019.

The former cabinet minister will earn £24,000 a year through the role. In the MPs’ Register of Interests, it states that his job is to “promote eSharelife’s charitable work”.

The eSharelife foundation aims to raise money for established charitable projects. According to the foundation’s website:

eSharelife is a Charitable Foundation set up to aid some of the most disadvantaged areas of the world. It supports infrastructure and social, cultural and humanitarian projects, thanks to fundraising based around one of the noblest of human activities.

eSharelife host high-end fundraising events attended by guests from the “worlds of politics, business and the arts”.

Bragagni founded eSharelife. He’s also the chair of the Italian Conservatives group in London and a significant donor to Theresa May’s party. He donated £89,000 to the Conservatives at fundraising dinners over seven months from 2017 to 2018 through Tratos.

The Canary contacted John Hayes’ office and eSharelife for comment on the appointment but had not received a response at the time of publication.