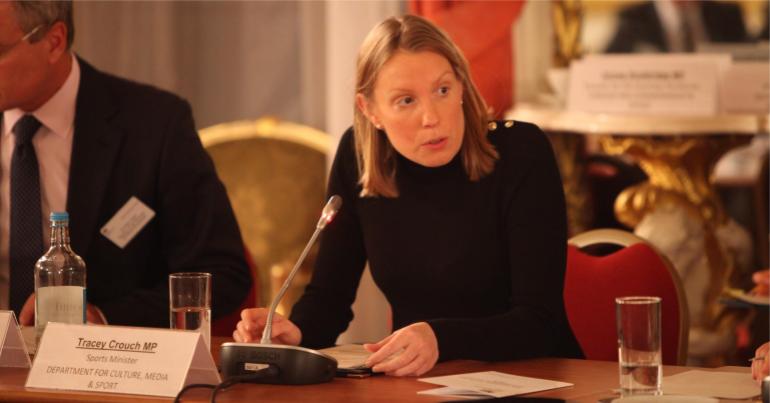 The Conservative MP joined PR company The Playbook as a senior adviser on 1 February. According to the MP’s register of interests, her £212-an-hour role at the firm will be to provide “advice on the benefits of sport”.

The Conservative MP resigned as under secretary for sport and civil society in November 2018. Crouch cited the delay to restrictions on fixed odds betting terminals, machines labelled the “crack cocaine” of gambling.

In her resignation letter, Crouch claimed those with “registered interests” may have had a hand in the decision. There was cross-party praise for the MP’s stance. The Archbishop of Canterbury also commended the former minister.

Three months after leaving government, the MP signed a contract with communications firm The Playbook. The PR firm works with sporting clients such as UFC, London Sport, Henley Royal Regatta, NFL and the England and Wales Cricket Board.

On its website, The Playbook says a 2018 World Cup campaign with 888sport had a reach of 2.4bn, and was designed to help the brand “re-invent a new personality”. Playbook states that this allowed 888 to “inject fan growth across core and new audiences”.

The Gambling Commission hit 888 with a record fine of £7.8m in 2017 for failing to protect “problem gamblers”. The watchdog said it had “serious concerns about 888’s safeguarding of customers at risk of gambling harm”.

MPs must speak to the Advisory Committee on Business Appointments (ACoBA) if taking a role within two years of leaving a senior position within government.

ACoBA states the rules exist in order to avoid:

The former sports minister did consult ACoBA on the appointment. The advice letter sent to the MP has not yet been published.

The Canary has contacted Tracey Crouch’s office for comment.