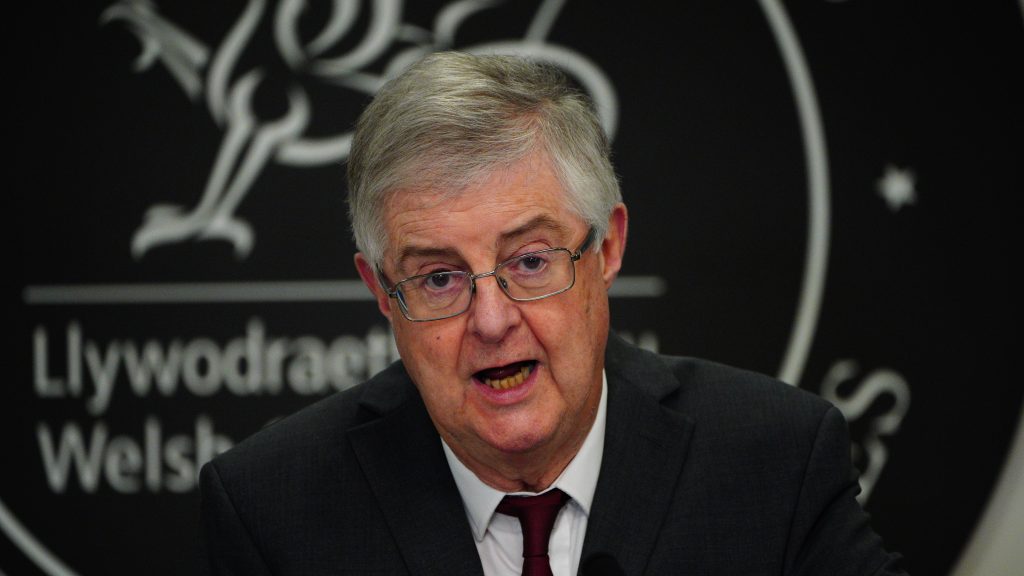 England is a “global outlier” in the fight against the Omicron wave of coronavirus (Covid-19) because of its anti-restrictions stance, Wales’ first minister has said.

At a Welsh Government press briefing on 7 January, Mark Drakeford once again aimed a blistering attack at Boris Johnson. He said:

In England, we have a Government that is politically paralysed, with a Prime Minister who is unable to secure an agreement through his Cabinet to take the actions that his advisers have been telling him ought to have been taken.

And even if he could get his Cabinet to address them, he can’t get his MPs to agree them.

Asked to justify the continuation of restrictions for another week following the Welsh Government’s weekly review, while neighbouring England remains rule-free, the first minister said:

The outlier here is not Wales. Wales is taking action, as is Scotland, as is Northern Ireland, and as are countries right across Europe, and right across the globe.

The one country that stands out as not taking action to protect its population is England.

The real question is, why is England such a global outlier, in the way in which governments elsewhere are attempting to protect their populations from coronavirus?

The political contrast between Wales and England is this: here in Wales we have a Government that is capable of acting and determined to act when it is necessary to protect our population.

The rapid COVID-19 surveillance dashboard has been updated:

Johnson and a number of Conservative MPs mocked Wales’s restrictions during a House of Commons session in Parliament on 6 January. The PM called the measures “baroque eccentricities”, and former business secretary Andrea Leadsom described them as “bonkers”. Lichfield MP Michael Fabricant said it was “no more than political posturing”.

Alert level 2 restrictions remain in Wales, including wearing face coverings indoors, groups in public places such as restaurants limited to six people, and working from home if possible.

Drakeford said 994 people with coronavirus are being treated in Welsh hospitals – a rise of 43% compared with last week and the highest number since last March – while around 40 are in critical care, the majority of whom are unvaccinated. He said Omicron is putting significant pressure on the NHS, due to rising hospital admissions and staff absences, but denied it is “overwhelmed”.

The latest data from Public Health Wales shows another 38 people have died from coronavirus; however, Drakeford said those are likely to have been from the Delta variant.