This fairy tale creature walked alongside humans, years ago - Canary 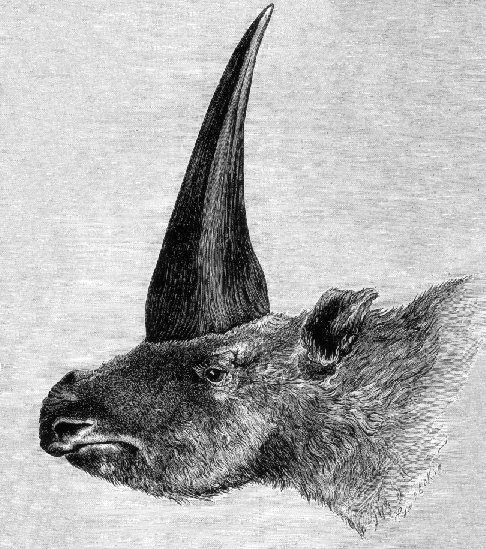 Sorry to disappoint, but if you were expecting to see a white horse with curly fur, a shiny gold horn and a luscious rainbow colored mane, you might be a little upset.

Indeed, a unicorn did actually exist and it lived at the same time as humans but it looked nothing like the ones you can read about in fairy tales.

Researchers have recently unearthed a fossilized skull of what you could call a Uni (‘one’) – corn (‘horn’) in the Pavlodar region of Kazakhstan. Known as Elasmotherium sibiricum, this Siberian Unicorn is rewriting the history of humans and unicorns.

The Siberian unicorn appeared in the fossil record about 2.5 million years ago and it was previously thought to have gone extinct some 350,000 years ago.

However, the analysis of the unicorn skull  through radiocarbon AMS-method analysis brought new evidence that the Siberian unicorn lived on until about 29,000 years ago, when humans as we know them today already existed.

Many paleoanthropologists agree that modern humans evolved in Africa about 200,000 years ago. Humans started moving across Asia over 50,000 years ago and probably arrived in Siberia about 35,000 years ago, just in time to catch a glimpse of this colossal creature, according to the newfound evidence.

The animal was most likely much larger and bulkier than the figures of our imagination. It looked more like a rhino than a horse and measured up to 6.5 feet in height and 15 feet in length. The Siberian unicorn could weigh up to an astonishing 9,000 pounds with a single horn that could stretch several feet long. Probably not the cuddly pony you were imagining.

Researchers believe that mass radiocarbon analysis of the huge pool of fossils that has already been found could help correct some interpretations of the history of the living beings on earth. This tool could help rewrite certain parts of our long lost history. So let’s get cracking!