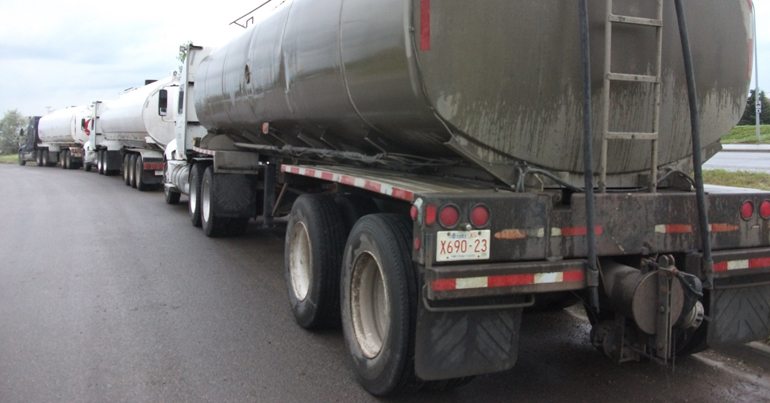 Spare a thought for Scott Pruitt. The ex-head of the Environmental Protection Agency (EPA) just saw his final attack against the environment go down in flames. Pruitt was hand-picked by Donald Trump and was a vocal critic of Barack Obama’s environmental policies. He resigned on 5 July in the wake of a series of increasingly embarrassing scandals.

Rather than leaving with a small modicum of dignity intact, he spent his final day in office attempting to reverse an Obama-era law that limited the use of highly-polluting trucks. But that act just got reversed by his replacement.

According to Business Insider, on his final day in office, Pruitt issued a final “no action” memo. This indicated that the EPA would no longer work to limit the production of so-called ‘glider” trucks; sold without an engine or transmission. This allows owners to install older, cheaper engines at a significantly reduced cost.

It’s claimed that glider trucks are an affordable and cost-effective way to reuse machine parts. However, in recent years these kits have become a popular way for companies to bypass vehicle emission rules.

According to reports published by the EPA prior to Scott Pruitt taking over, glider trucks produce 450 times more diesel particulate matter (PM) and 40 times more nitrous oxides (NOx) than new trucks. Despite only accounting for 2% of total new trucks on US roads, glider trucks are responsible for up to half of PM and NOx emissions in the category.

Pruitt’s final act was just the latest attempt by the current administration to roll back crucial Obama-era protections. Under Gina McCarthy, the EPA capped the production of glider trucks to 300 per year. However, Pruitt delayed this cap until 2019 and announced plans to remove it entirely. After successful lobbying by environmental groups such as the Sierra Club and the Environmental Defense Fund, the US Court of Appeals for the District of Columbia Circuit blocked Pruitt’s roll back.

The effort seems to have worked. The EPA’s acting administrator Andrew Wheeler announced [pdf] that he is withdrawing Pruitts no action assurance.

The smackdown of Pruitt’s last attempt in office to kill the planet is a rare win for the environment and its defenders. However, it would be foolish to assume that this is the end of the matter.

Wheeler has been described as Pruitt’s “ideological twin” when it comes to environmental matters. While the limit on glider trucks remains, it’s likely that there will be further attempts to remove it in future.