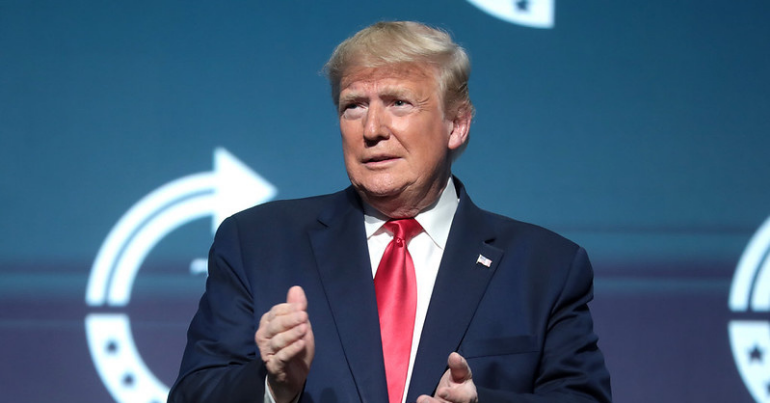 Donald Trump has told Americans not to let coronavirus ‘take over your lives’ despite having overseen the highest number of deaths in the world.

The US president has made several comments understating the effects of the virus after his short hospital stay. He arrived back at the White House on the evening of 5 October.

Don’t be afraid of [coronavirus], you’re going to beat it.

Trump announced that he and Melania had tested positive for coronavirus on 2 October.

Later that day, he was taken to Walter Reed Medical Centre to receive further treatment. It was reported by his doctors that he had been given extra oxygen.

Donald Trump has just convinced America that coronavirus is nothing to worry about. He is genuinely the most dangerous man in the world right now. https://t.co/blUEQViIFO

‘Not out of the woods yet’

On 4 October, the president made a controversial appearance in a motorcade outside the hospital to wave to supporters.

A day later, a helicopter took him back to the White House, tweeting he would be back on the campaign trail soon.

We all remain cautiously optimistic and on guard. Because we’re in a bit of uncharted territory when it comes to a patient that received the therapies he has so early in the course. So we’re looking to this weekend. If we can get through to Monday with him remaining the same or improving, better yet, then we will all take that final deep sigh of relief.

Other doctors have warned that Trump will still need to be monitored. According to CDC guidelines, there is the potential for patients to quickly deteriorate a week into the onset of symptoms.

Coronavirus in the USA

The United States has reported over seven million cases of coronavirus, with over two hundred thousand deaths. No other country has been hit so hard by the virus.

A study by University of Oxford researchers analysing excess deaths from coronavirus concluded that Europe as a whole had a 28% lower rate of excess deaths than the US from March to July 2020.

The researchers suggested that about 57,800 Americans might have lived if the pandemic had been managed differently in the US.