The FBI called Martin Luther King a 'filthy, abnormal animal'. It now pretends to honour his memory. - The Canary 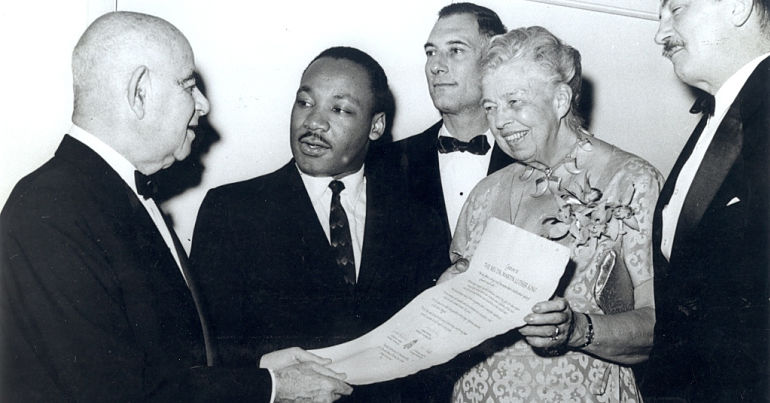 The US military and police apparatus rarely misses a chance to honour Martin Luther King, Jr.’s memory. On Martin Luther King Day 2019, however, it’s vital to recall how the US establishment condemned King in life and continues to fight against his dream in death.

Today, on the anniversary of his assassination, the FBI honors the life, work, & commitment of Dr. Martin Luther King, Jr. to justice. pic.twitter.com/WZInYKQx2g

Three years prior, the Central Intelligence Agency (CIA) celebrated King’s legacy by emphasising the agency’s “commitment to the message of inclusion that Dr. King so eloquently championed”. On 21 January 2019, the CIA remembered King once again.

The US marines, meanwhile, praised King as “a man whose fight for equality strengthened our nation”.

If only the US establishment’s words matched its actions: past and present.

During King’s life, the US government labelled him “the most notorious liar in the country”. He was arrested on 30 separate occasions, and was continuously spied on.

The FBI was central to Washington’s war on domestic social movements. Between 1956 and 1971, the FBI targeted civil rights activists (including King) through its notorious – and often illegal – COINTELPRO programme. In the words of journalist Julia Craven:

COINTELPRO… didn’t distinguish between political and criminal activity and sought only to neutralize dissent… Most of the groups it monitored, outside of white supremacist groups, were seeking racial, gender and class justice.

While spying on King, the FBI found no evidence of ‘communist’ affiliation. But it did find that he was engaged in extramarital affairs. And exploiting this information, it sent an anonymous letter to King’s address stating that the public “will know you for what you are – an evil, abnormal beast”. It also seemed to suggest that King commit suicide:

There is only one thing left for you to do. You know what it is. You have just 34 days.

The FBI has since monitored and arrested Black Lives Matter activists under “domestic terrorism” legislation. Were King alive today, this is likely the very legislation that the US would charge him with.

In 1967, King described the US government as “the greatest purveyor of violence in the world today”. Today, the institutions responsible for US violence – domestic and international – celebrate his legacy. This might seem unreal; but it’s not.

Establishment forces in the US are cynically trying to control the narrative. By presenting themselves as supporters of liberal causes like feminism or civil rights, they obscure their own longstanding role in repressing social movements. And if a narrative is strong enough, no amount of evidence can change the minds of its adherents. As such, belief in the US as a benign or decent power can begin to resemble a religion.

In other words, the US establishment is trying to re-write history. But we can all combat this by recalling King’s true legacy, and identifying those who want to destroy it.