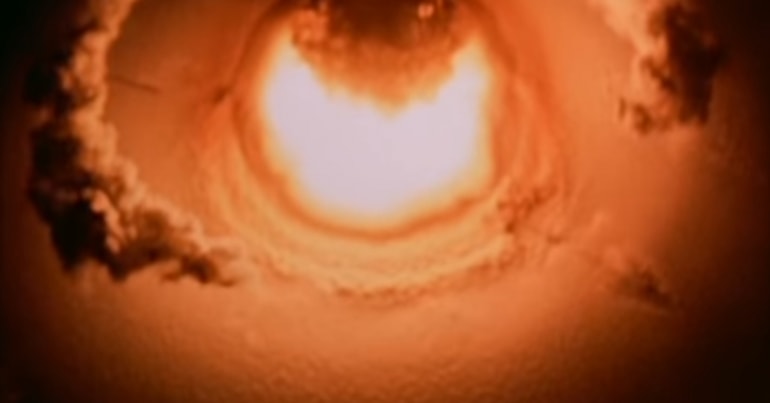 The US Department of Defense (DoD) briefly published its updated doctrine on the use of nuclear weapons, before removing it from public access. A single passage in this document gives readers a terrifying glimpse into the mentality of the US military establishment. And it may explain why they have since removed it.

US DoD: using nukes to “create conditions for decisive results”

The Federation of American Scientists (FAS) called the passage “Strangelovian” (referring to the 1964 film Dr Strangelove Or: How I Learned to Stop Worrying and Love the Bomb). It also pointed out ironically that the “document might have gone unremarked, but after publishing it last week the Joint Chiefs deleted it from their public website”. And it noted that:

A notice there states that it… is now only “available through JEL+” (the Joint Electronic Library), which is a restricted access site

In 1945, the US dropped two nuclear weapons on Japan in two separate attacks. A large percentage of Americans supported the nuking of Japan as late as 2015. But as The Canary previously reported, the US nuked Japan for political rather than military reasons. In fact, key military officers, including the supreme commander of allied forces in Europe, US General Dwight D. Eisenhower, completely opposed their use against Japan. The nuclear strikes killed around 210,000 people in total, either directly or via radiation poisoning soon thereafter.

Once fired, they can’t be recalled

Daniel Ellsberg, a former nuclear war planner, told the Real News Network in 2018 that he’d discovered decades previously that, once the US fires a nuclear weapon, there is no way for them to be recalled or destroyed. On top of this, people other than the US president can make such a decision; a frightening reality that he says remains true to this day.

An instrument to “destroy civilisation most of humanity”

our policy has rested really, since the beginning of the Cold War and since the formation of NATO, on using – as an instrument of policy – the threat to destroy civilisation, or most of humanity… backed up by the capability to do it. Keeping it modern, keeping it up to date, replacing old weapons… that were finishing their production lines with new weapons, to produce more profits and jobs and votes.

Former US president Barack Obama initiated a trillion-dollar programme to modernise the superpower’s nuclear arsenal; making nuclear weapons “more usable”, according to Peter Kuznik – the director of the Nuclear Studies Institute at American University. Donald Trump has since inherited this programme.