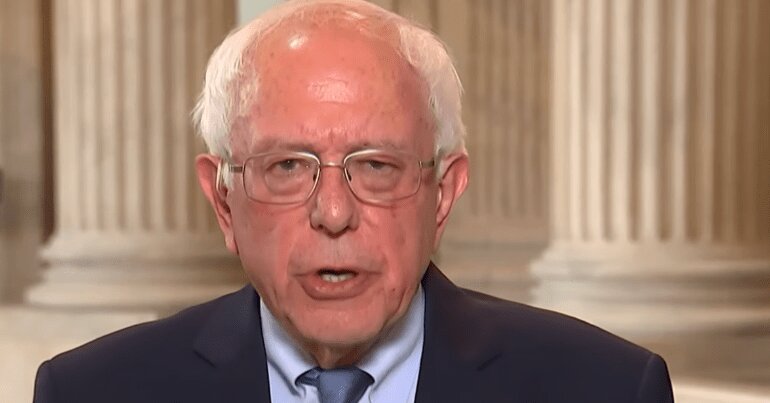 US presidential candidate Bernie Sanders has schooled an MSNBC host in the history of pro-war US lies. And Sanders’ history lesson comes just five months after a veteran reporter for MSNBC blasted the network for being captive to the military-industrial complex.

Like Jeremy Corbyn in the UK, senator Sanders said he simply didn’t believe Donald Trump’s administration when it blamed Iran for attacks on two oil tankers off the Persian gulf. Instead, he called for an “objective investigation”.

“Lies from the White House”

Speaking about why, Sanders got real about the US history of pro-war propaganda:

Here’s the main point I want to make. If you look at the recent history of this country… The two worst foreign policy disasters were based on lies that came from the White House. You remember the so called Gulf of Tonkin incident that led us to increased military involvement in Vietnam… That was my generation – 59,000 brave young men never came home from that war and tens of thousands more died… suicide… when they came home. That was based on a lie.

Robert S McNamara, who was US defence secretary during the Vietnam war, has since admitted that North Vietnamese attacks against a US destroyer were made up. The US made up the attack in order to escalate the war with Vietnam.

While Sanders questioned Trump’s position, UK foreign secretary and Conservative leadership hopeful Jeremy Hunt said on 24 June that he would “consider” joining US military action against Iran. The Conservative government is fully signed up to Trump’s version of events. Nonetheless, in an apparent flip-flop, Hunt then claimed that he “cannot envisage” a situation where his government would join the US in war with Iran on 25 June.

On 24 June, Trump announced hard-hitting new sanctions on figures in the Iranian administration.

Trump called off a strike against Iran on 21 June. That’s after the Middle Eastern country shot down an unmanned US aircraft, which is the size of a commercial airline and worth $130m. Iran maintains that the aircraft flew into its airspace, while the US claims the drone was in international waters. They have both released competing GPS coordinates to justify their claims. Although, given the US’s aggressive history and war mongering aims, people are sceptical. One independent journalist commented:

Let's be clear: The Trump admin sent a drone into what Iran says was its sovereign airspace. The US knew Iran would shoot it down in self-defense—but the US gov also knew the corporate media would obediently portray this as Iranian "escalation," helping justify Trump's aggression

Sanders, meanwhile, needs to continue highlighting the US’s history of pro-war lies. From Vietnam, to Libya, to both Iraq wars, US administrations have lied to invade other countries for US crony capitalist interests. It’s high time we brought that to an end.