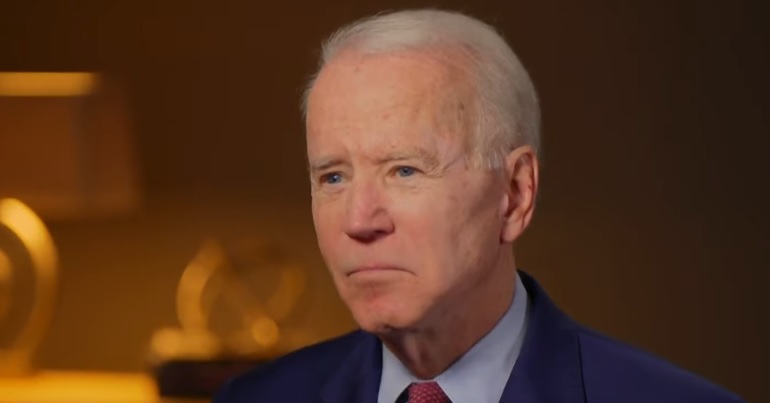 Following a number of wins on Super Tuesday, the media is now widely hailing Joe Biden as the Democratic frontrunner for presidential nominee. He’s now battling Bernie Sanders for the nomination.

As many acknowledge, a Biden presidency wouldn’t move the US in a progressive direction. He’s an establishment candidate who’s funded by billionaires. Bizarrely then, a group of progressives just backed him for president. The endorsement makes the horror that would be a Biden presidency even worse.

A group called Democratic Majority for Israel (DMFI) made the endorsement. Specifically, its Super PAC – an entity that pools money and donations to fund particular candidates. And it just threw its weight behind Biden:

"Joe Biden is the candidate who will unify the country, & our party, put an end to the hateful divisions created by Donald Trump & restore dignity & integrity to a White House badly sullied by its current occupant.” pic.twitter.com/WSNttP9MZt

DMFI describes itself as a group of “active Democrats working to maintain support for a strong U.S.-Israel relationship and a progressive policy agenda”. In its seven-point list on the mission page on its website, five points focus on Israel. The section on ‘promoting progressive values’ comes second to last.

maintain and strengthen support for Israel among Democratic leaders. …

ensure Israel has the resources to defend herself. …

fight efforts to isolate, stigmatize or delegitimize Israel – efforts that create more conflict, not peace. Peace requires constructive engagement, as well economic and political cooperation Boycotting or stigmatizing Israel are the opposite of what is needed to promote peace.

Israel building illegal settlements on Palestinian land doesn’t promote peace. Israel’s blockade of Gaza creates more conflict. Routinely imprisoning Palestinian children doesn’t bring about constructive engagement. Stopping killing Palestinian kids would go a long way to end any isolation, stigmatization, and delegitimization the Israeli state faces too. But none of these aspects of the Palestine/Israel conflict gets a mention in DMFI’s mission.

For many years, the US has provided unconditional support – and money – to Israel despite its treatment of the Palestinians. In any efforts the US makes to develop a ‘peace plan’ for the two countries, Palestinian concerns, rights, and sovereignty are largely ignored. Both DMFI’s mission and now the endorsement of Biden show it considers him the candidate who’ll continue in that vein.

It’s not wrong either. Biden has paid some lip service to the Palestinians in the campaign. But in terms of pledging to take meaningful action to resolve the conflict, there’s none.

Sanders, however, is a break from the US norm. He’s acknowledged Israel’s racism towards the Palestinians. He’s pledged to “leverage” any aid the US gives to Israel to demand human rights and democracy. At a conference in 2019, Sanders said:

What’s going on in Gaza right now… is absolutely inhumane; it is unacceptable; it is unsustainable

A Sanders presidency would provide some hope that the Israeli government would be held accountable for its actions. Such progress would be unlikely under a Biden one, as this endorsement suggests. The idea of a Biden presidency just went from bad to worse.