Obamacare seems likely to survive, but millions are still without healthcare - Canary 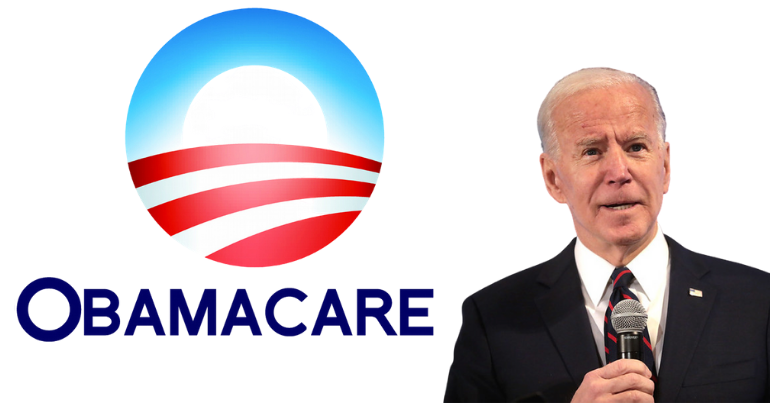 Supreme Court justices have implied the Affordable Care Act (ACA) could remain in place as a case against it begins.

Conservative justices Brett Kavanaugh and John Roberts suggested that the act, often known as Obamacare, could remain intact even if one provision is found to be unconstitutional.

The comments were made as part of a case concerning a dispute over the act between Democrat and Republican states. The Trump administration supports the case. The main issue revolves around whether it is constitutional for the ACA to require people to have insurance or pay a tax penalty – this is called the ‘individual mandate’.

Judges could deem the mandate invalid without dismantling the whole act using the concept of ‘severability’. However, even if the ACA remains in place, it does not provide universal healthcare coverage in the US.

The ACA first became law in March 2010 under the Obama administration. It was widely considered to be the largest reform of healthcare in the US since the sixties.

Its main provisions included creating incentives and requirements for employers to provide healthcare for their employees, and creating a benefits system by which individuals and employers can purchase healthcare. It also introduced reforms on the insurance market that stopped limits on vital health benefits, and discrimination based on pre-existing conditions.

In 2016, the Office for the Assistant Secretary for Planning and Evaluation (ASPE) estimated that approximately 20 million adults had gained health coverage as a result of the ACA.

In addition to the present case, there have been several Republican-led attempts to repeal the ACA. The Supreme Court upheld the ACA as constitutional in 2012. During Obama’s presidency, he vetoed a repeal attempt that passed the Senate.

Under Trump, several bills that would have repealed the ACA failed to garner enough votes. This is despite Trump’s vow to get rid of Obamacare.

Speaking on the current attempt to repeal the ACA, president-elect Joe Biden said:

This case represents the latest attempt by the far-right ideologues to do what they have repeatedly failed to do for a long time.

Now, in the middle of a deadly pandemic that has affected more than 10 million Americans….these ideologues are once again trying to strip health coverage away from the American people.

The people left behind

The non-profit Kaiser Family Foundation (KFF) estimated that as of 2019, there were 28.9 million people in the US without health insurance.

Many families still report that insurance is too expensive, despite the ACA. Not all states expanded Medicaid to the same extent, leaving low-income adults in those states less likely to get financial assistance for coverage.

Immigration status also impacts access to healthcare. Under the ACA, undocumented workers are unable to use tax credits to buy coverage, or their own money. In 2017, there were around 5.4 million people whose immigration status prevented them from making use of the ACA.

There has been concern that the number of people uninsured may have increased during the coronavirus (Covid-19) pandemic due to job losses.

Lack of healthcare coverage can have significant financial implications. When uninsured Americans need healthcare, they often face medical bills they cannot pay, and as a result may incur large debts.

Due to these large costs, those without insurance are less likely to seek healthcare. As a result, they are less likely to access preventative services for chronic diseases and major health conditions. Similarly, they are more likely to be hospitalised for problems that could have been avoided.

In particular, 10.2% of children without insurance do not receive the healthcare they need.

Biden has announced plans to expand on the ACA. He has pledged to create an expanded public health system that runs alongside and competes with privately insured healthcare.

A point of Biden’s plan is that it would allow undocumented immigrants to buy coverage through the public system. Analysis by the Committee for a Responsible Federal Budget estimated that this system could insure 15 to 20 million of the uninsured population in the US.

This is different to senator Bernie Sanders’ health plan, Medicare for All. This would provide universal coverage in the US via a government health system providing insurance to all. This plan would prevent employers from offering competing health plans, and would require no out-of-pocket spending.

In the summer, Biden and Sanders created ‘unity task forces‘ to consider potential policy recommendations. On healthcare, the task force recommended the introduction of a low-fee insurance option that would be federally administered for those on low income. This would be part of the ACA, and would automatically enrol Americans not eligible for Medicaid.

If these healthcare reforms can get through a currently Republican-controlled Senate, they would increase healthcare coverage in the US. However, they still do not represent universal coverage and will still leave some Americans uninsured.