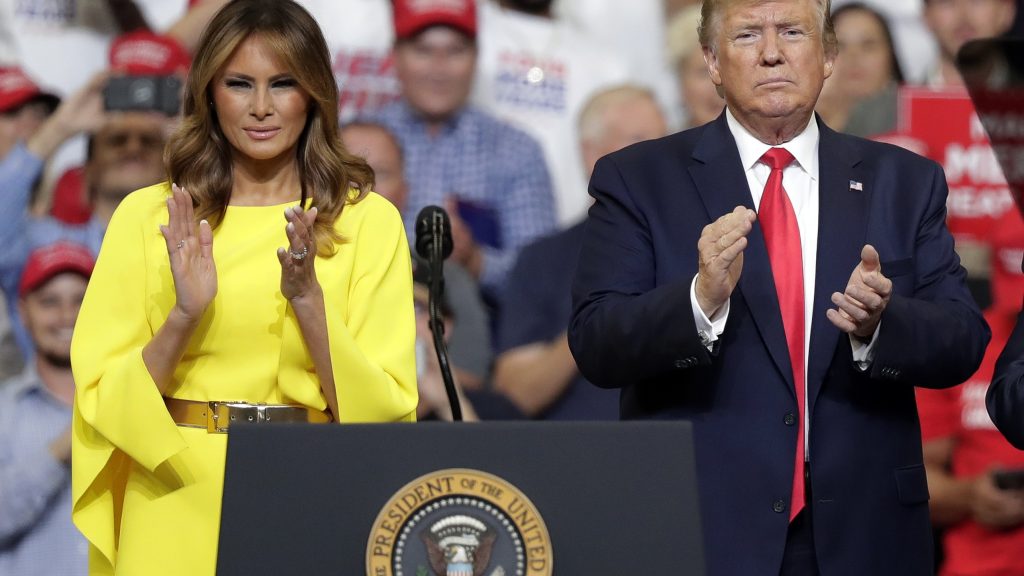 Donald Trump raised $24.8m (just under £20m) in less than 24 hours after kicking off his presidential re-election campaign.

The sum was announced in a tweet on Wednesday morning by Republican Party chairwoman Ronna McDaniel. And it dwarfs what the top Democratic contenders in the 2020 White House primary raised over the course of the first three months of this year.

Trump already reported $48.7m cash on hand at the end of March, spread across three committees tied to his campaign. The Republican National Committee had an additional $34.7m during the same period.

The Democratic National Committee, meanwhile, had just $7.5m with $6.2m in debt.

As Vox explains, however, “there are major caveats to Trump’s big fundraising day”.

It describes, for example, how:

Trump is the only Republican running a viable presidential campaign… [while] Democrats are currently splitting their contributions between more than 20 candidates.

It also highlights how:

Trump is benefitting from the advantages of incumbency. This was also the case for Obama in 2011, and other presidents before him, but Trump has exploited those advantages even more aggressively by, for instance, explicitly fundraising off speeches delivered from the Oval Office. The Trump campaign has also been especially shameless in using scammy Facebook ads and email lists to extract donations from supporters.

It will be interesting to see what’s the mix of donors… if he’s getting lots of people giving him the legal maximum, he could be getting a lot fewer donors but depending on relatively rich ones.

Vox explains that Trump has a significant base of support prepared to donate to his campaign. But it also points out that:

Unlike Democrats, who have taken various pledges to reject corporate PAC money and high-dollar donations, Trump has done nothing of the kind. So the president already has powerful grassroots support and the backing of rich Republican megadonors who benefitted from the tax cut legislation Trump signed into law in late 2017.