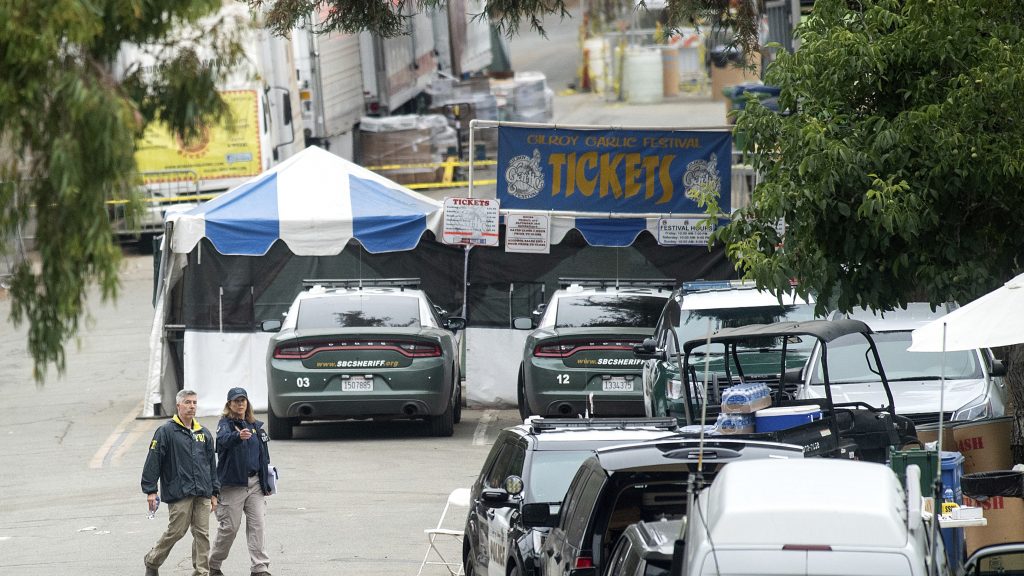 A gunman has killed three people at a popular food festival in California, including a six-year-old boy and a 13-year-old girl, and injured 12 others before police shot him dead, authorities said.

Hours before the attack, an Instagram account in the attacker’s name had posted the message “Read Might is Right by Ragnar Redbeard”. One activist described this book as a “misogynist white power manifesto”:

The Gilroy shooter has been identified as Santino William Legan, 19. His instagram was just taken down, but before it was, I saw a post from the festival right before the shooting that said "Read 'Might Is Right' by Ragnar Redbeard," which is a misogynist white power manifesto.

As CNN explained, this “white supremacist text” was first published in the late 1800s. It also contains antisemitic content.

Police responded in less than a minute and he turned his “assault-type rifle” on the officers, Mr Smithee said. Three officers fired back and killed Legan, who had bought the gun legally this month in Nevada.

The police chief said Legan’s motive was not known.

The festival attracts more than 100,000 people to the city known as the Garlic capital of the world. The event, in the agricultural city of 50,000 about 80 miles south east of San Francisco, had security that required people to pass through metal detectors and have their bags searched.

Legan sneaked in through a fence bordering a car park next to a stream, the police chief said.

Six-year-old Stephen Romero, a 13-year-old girl and a man in his 20s were killed, officials said.

The wounded were taken to multiple hospitals and their conditions ranged from fair to critical, with some undergoing surgery. At least five were treated and released.

Police searched the two-storey home of the gunman’s family and a dusty car parked outside, less than a mile from the festival, before leaving the house with paper bags and what appeared to be other evidence.

The band TinMan was starting an encore at the festival on Sunday when the shooting started. Singer Jack van Breen said he saw a man wearing a green shirt and greyish handkerchief around his neck fire into the food area with what looked like an assault rifle.

Van Breen said he heard someone shout: “Why are you doing this?” The reply: “Because I’m really angry.”

The audience began screaming and running, and the five members of the band and others dove under the stage.