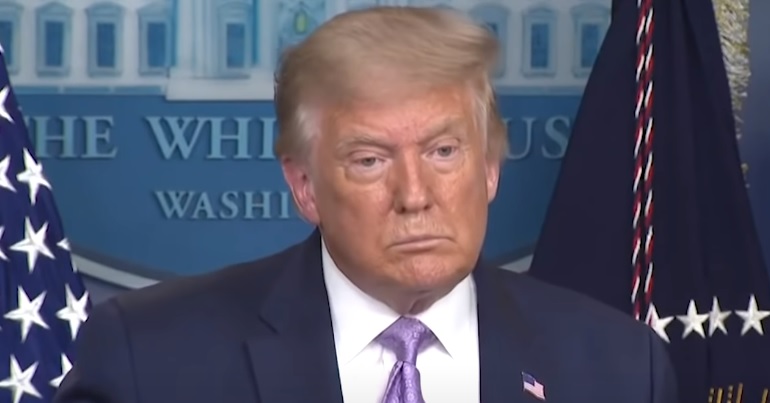 A New York jury found Donald Trump’s family business guilty of tax fraud on 6 December, dealing a blow to the ex-president as he eyes the White House again.

The jury found the Trump Organization and the separate entity Trump Payroll Corp guilty on all counts. This is the first time a court has convicted the companies. “This was a case about greed and cheating,” said prosecuting district attorney Alvin Bragg.

A judge convicted the two entities of running a 13-year scheme to defraud and evade taxes by falsifying business records. In all, the jury found them guilty on 17 counts. Jurors agreed with prosecutors that the Trump Organization – currently run by Trump’s two adult sons, Donald Jr and Eric Trump – hid compensation it paid to top executives between 2005 and 2021.

Trump himself was not charged. But the fact that the sprawling real-estate, hotel, and golf business that bears his name has now been found guilty of fraud is likely to create problems as he seeks the Republican nomination for the 2024 US elections.

Long-time chief financial officer (CFO) Allen Weisselberg had already pleaded guilty to 15 counts of tax fraud, and testified against his former company as part of a plea bargain. A close friend of the Trump family, Weisselberg admitted that he schemed with the company to receive undeclared benefits. These included a rent-free flat in a posh Manhattan neighbourhood, luxury cars for him and his wife, and private school tuition for his grandchildren.

Weisselberg agreed to pay nearly $2m in fines and penalties, and to complete a five-month prison sentence as part of his plea deal. This agreement came in exchange for testimony during the trial, which started in October.

Donald Trump posted that the Trump Organization bore no responsibility for “Weisselberg committing tax fraud on his personal tax returns”. Under the headline “Manhattan Witch Hunt!”, Trump said no benefit accrued to the company from Weisselberg’s actions. He also said that neither he nor any employees were “allowed to legally view” the CFO’s returns.

The former president said he will appeal the verdict.

Trump’s company faces a fine of around $1.5m – which is virtually nothing to the billionaire family. It’s symbolic, though, as he battles a host of legal and congressional probes that will likely complicate his run for a second presidential term. Trump and his three eldest children face trial late next year in a civil lawsuit from New York’s attorney general. It accuses them of misstating the value of properties to enrich themselves.

Prosecutor Letitia James has requested that Trump pay at least $250 million in penalties – a sum she says he made from the fraud – and that courts ban the Trumps from running businesses in the state. James hailed the New York jury’s verdict. She said:

We can have no tolerance for individuals or organizations that violate our laws to line their pockets.

A court has also ordered Trump to testify in April 2023 as part of a defamation lawsuit brought by a woman who says he raped her in the 1990s. On top of this, he is facing legal scrutiny for his efforts to overturn the results of the November 2020 election, and over the 6 January 2021 attack on the US Capitol by his supporters.