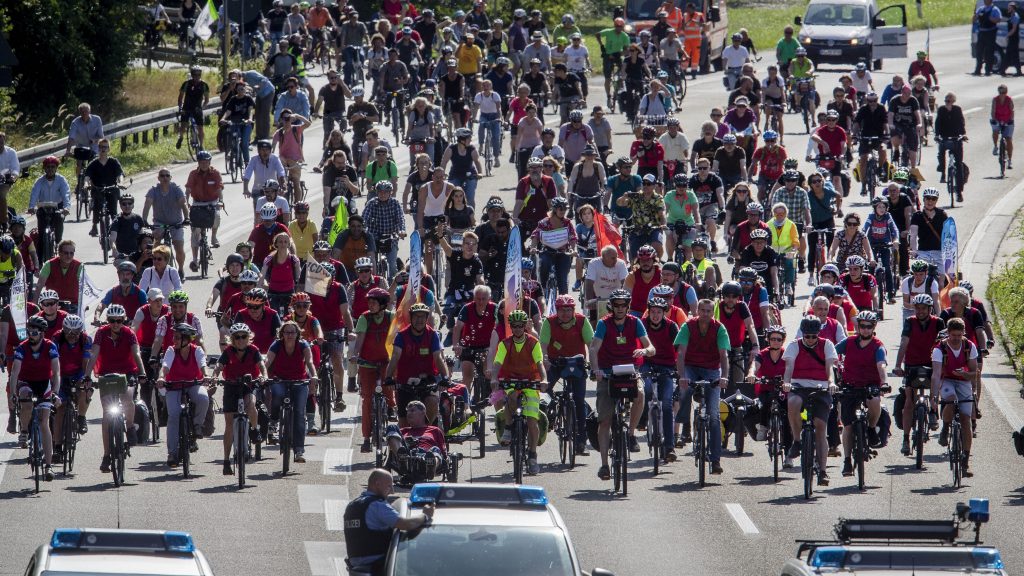 Thousands of people have demonstrated in Frankfurt to demand more action against climate change as the German city’s motor show opens to the public, with some cycling along motorways that were temporarily closed for the occasion.

Demands raised by the organisers of Saturday’s protests include an end to the combustion engine, climate-neutral transport by 2035, a speed limit on the autobahn and a strong German climate policy package.

Environmental groups say the trend toward bigger and more powerful cars, particularly SUVs, is eating into the fuel efficiency gains of recent decades.