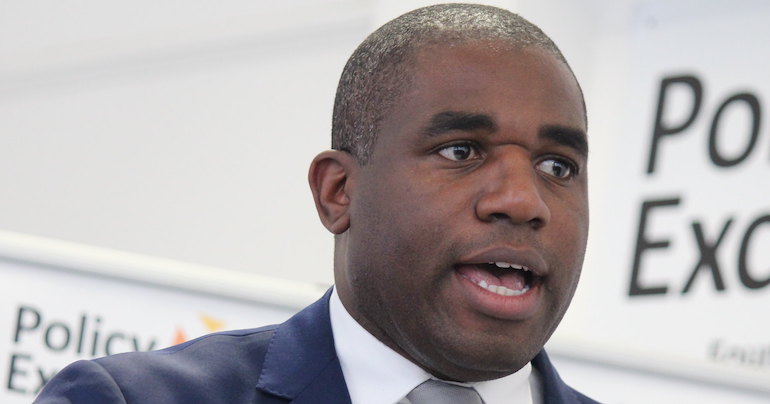 The Department for Transport (DfT) has sunk to a new low. A new advert celebrates the UK’s “commercial shipping” history. But it’s hugely problematic.

The UK has a long history with commercial shipping, reaching as far back as 1700 ⚓️

So Labour’s David Lammy shamed the DfT for this shocking “colonial amnesia”. Because it featured boats used for transporting slaves and building the British Empire’s colonial trade.

“Stripped of their rights and enslaved”

Lammy’s heartfelt and poignant tweet sums up just how shocking the DfT advert truly is.

“My ancestors,” he said, “were taken from their homes across the sea in boats, stripped of their rights and enslaved”. He continued:

Now the Department for Transport is using images of slave ships to promote our maritime sector.

This kind of colonial amnesia is at the root of Britain’s problems.

My ancestors were taken from their homes across the sea in boats, stripped of their rights and enslaved.

Now the Department for Transport is using images of slave ships to promote our maritime sector.
This kind of colonial amnesia is at the root of Britain's problems. https://t.co/GtXsAjPbKi

The DfT advert includes a fluyt, the East Indiaman, and a steamship. As the Guardian noted, these boats:

were used between the 16th and 19th centuries to establish the British Empire, transport slaves and indentured labourers across the Atlantic and bring hauls of valuable goods to Britain.

This is what happens when the historical memory is limited to a narrative in which we simply abolished slavery – it is remarkably tone-deaf, never mind historically illiterate.

a deeply violent one, which included shipping millions of black and indentured bodies tightly packed in the holds of ships to be exploited on plantations.

So the anger this DfT advert caused is understandable:

Slave ships used for promotional ads by the U.K. Department of Transport….it’s like … REALLY??? Babylon did it again I guess … #blacklivesmatter #justsaying #culture https://t.co/9LMmABgc6x

Many others, meanwhile, shared Lammy’s outrage:

Perhaps even the DfT recognised it’s error since the Guardian reported that a spokesperson said:

The slave trade was an abhorrent practice for which the British government has rightly apologised.

intended to promote the future of Britain’s maritime sector, which accounts for 95% of British trade. Needless to say, we apologise if any offence has been caused.

But in reality, that’s too little, too late.

Tory through and through

Yet, this isn’t the only racist and insensitive tweet from this government. In 2018, a now-deleted tweet from the Treasury claimed that:

Millions of you helped end the slave trade through your taxes.

And as one Twitter user also noted, this advert seems to link straight back to ‘failing’ former transport secretary Chris Grayling. In 2018, Grayling launched Maritime 2050. This was billed as a long-term government “strategy to maximise future opportunities for the nation’s maritime industries”. The latest DfT tweet seems clearly linked to this project.

Too many Tories, it seems, happily bask in the nostalgia of the UK’s maritime history. Yet they ignore the historical fact that this links intrinsically to death and suffering in the name of profit and colonising other countries. And with its ongoing hostile environment, and hideous treatment of the Windrush generation, Lammy is quite right to slam this DfT advert.

So, with such a blatantly racist prime minister now in place, here’s yet another reason to get this vile government out once and for all.