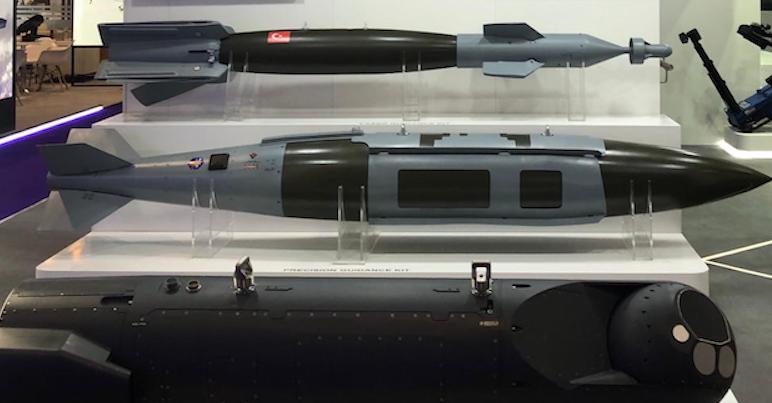 Since 2 September, activists have taken direct action to try and stop the world’s largest arms fair – Defence Security and Equipment International (DSEI). And now, people and communities in some of the countries affected by the arms sold at the fair have responded. This shows just how important opposing DSEI is.

Activist Sam Walton shared a video of Yemeni Hezam Haidar at the UN Human Rights Council (OHCHR). There’s currently an OHCHR meeting between 9 and 27 September. Haidar explained that he’d discussed the report by UN special envoys to Yemen and continued:

They mentioned that… war crime had been committed in Yemen. And I just [want] to tell people… in London, those who’ve been protesting this week and last week, against arming Saudi Arabia, this is really, really critical and important.

people of Yemen are really happy with the mobilisation and movement of people… we are really super, super happy with that.. it’s really important and has really direct impact on the UN activities and the UN report

"I want to tell people protesting in London against arming #Saudi Arabia: this is really really critically important and people from #Yemen are really happy with the mobilization."@Hezam_Haidar from #Yemen thanks the #StopDSEI protesters from the UN in Geneva.#StopArmingSaudi pic.twitter.com/ngkil2Pb24

Saudi Arabia has been leading an assault on Yemen since 2015. Yet it shows no sign of ending this brutal conflict: propped up with UK and US arms sales. The situation in Yemen is now the “world’s worst humanitarian crisis”. Despite a current hold on UK arms sales to Saudi Arabia, the UK government still invited delegates from state-owned Saudi Arabian Military Industries (SAMI) to DSEI. The United Arab Emirates, part of the Saudi-led coalition bombing Yemen, is also a DSEI “international partner”.

On 1 September, airstrikes hit a detention facility in Yemen. Martin Griffiths, special envoy of the secretary-general for Yemen said:

The human cost of this war is unbearable. We need it to stop. Yemenis deserve a peaceful future. Today’s tragedy reminds us that Yemen cannot wait.

On September 10, Canary journalists (including this author) took action at DSEI. Using a kayak, two people rowed into the path of war ships and breached the massive security operation. The action was timed to coincide with, and therefore disrupt, the BAE Systems boat display. This action also aimed to highlight the presence of Turkish and Israeli delegates and dealers at DSEI.

Palestinian flags also flew in the kayak. By September 14, news of this action reached Gaza and Palestine:

This is how Pro-Palestine activists in #London expressed their boycott of DSEI arms fair.#StopDSEI #StopArmingIsrael pic.twitter.com/oP5U4rz4K3

This is how Pro-Palestine activists in #London expressed their boycott of DSEI arms fair.#StopDSEI #StopArmingIsrael pic.twitter.com/y3ykhIL6Cl

As The Canary reported in August, anti-arms protesters shut down an Israeli-owned arms factory in Kent. The factory, owned by Instro Precision, is a subsidiary of Elbit Systems, a “private Israeli weapons company”. It’s also “one of the world’s biggest arms companies” that supplies “to some of the worst military regimes around the world”.

A number of packages were discovered with the logo of Turkish arms company Aselsan. Stop Elbit says this means that Israeli-owned Instro is developing weaponry and/or working with Turkey.

Elbit also exhibited at DSEI, so too did Aselsan.

As Ahmed Jahaf, a Yemeni artist said, “the silence” of the international media about war crimes and arms deals “equals complicity”. And the same is true of the ongoing atrocities in Palestine, Gaza, Kurdistan, Turkey, and Syria.

So knowing that people in those countries support protests against the arms companies destroying their communities gives those actions true meaning.