Everyone's raving about Netflix's Unbelievable, and with good reason - The Canary 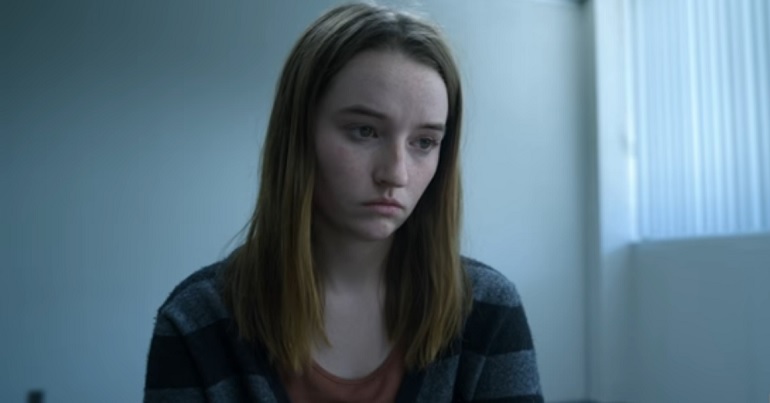 A few days ago, I read an article in The Canary about a drop in prosecutions for rape in the UK. It talked about the reasons for this drop, and how it meant an ‘effective decriminalisation’ of rape. It didn’t make for an easy read, particularly for me, a survivor of sexual assault.

Coming across Netflix’s new show Unbelievable, which looks at how local authorities in the US investigate rape cases, so soon after reading the article, therefore, felt a little serendipitous. The show has debuted to rave reviews online, and they are all justified:

A story based on true events no one believed. #UnbelievableNetflix coming September 13. pic.twitter.com/TmTaQNygDy

What Unbelievable meant for me

I could talk at length about the many reasons why Unbelievable is excellent. The performances alone are breathtaking. The depiction of trauma is harrowing yet, at the same time, shows a great deal of sensitivity towards the survivors. Particularly when we consider that the series is based on true events, and these are real people. While watching, I felt the same lump in my throat that appeared when I had read that article about rape prosecutions only the day before:

I literally logged in to say this. We're just about to start episode 7. This is a must watch. Harrowing, yes. Triggering, yes. But it's worth it. Toni Collette is outstanding. Merritt Wever is god-level amazing https://t.co/TIz1C7i6jE

Netflix’s new series “Unbelievable” is a rage-inducing, award-worthy telling of the real story of a rape victim who wasn’t believed https://t.co/gI46h7Njyt

The “dead girl” show is a fixture in pop culture. But #unbelievablenetflix is our first “living girl” show.

A show that looks at the enduring repercussions of assault & takes them seriously. Rape not as a one-time plot point, but as an ongoing trauma.

But what struck me most about Unbelievable, as someone who reported being raped a long time after it had happened, was the familiarity of Marie’s experience. Having to deal with a series of well-meaning but sceptical police officers. Having to repeat her account, and effectively relive the trauma, with every new person she spoke to. And eventually becoming jaded by a system that should be working to bring justice to victims like her, but isn’t.

The officer I finally spoke to asked me repeatedly if I was pressing charges for ‘the right reasons’. If I was sure this was really the route I wanted to go down. If I wasn’t doing it because of pressure from someone else. He said that the assailant’s lawyer would drag my personal life through court to cast doubt on my character. That the defence would make it look like I had come forward after all this time because I was ‘seeking revenge’ with made-up allegations. Of course, my story is not identical to Marie’s, but it’s similar enough for me to know exactly why she felt like the system didn’t take her seriously.

What Unbelievable means for women

It’s clear to see from the response online that the show has struck a chord with women in the US and beyond:

It is a difficult and heartbreaking watch, but a must watch nonetheless. The efforts of the two women detectives who cracked the case with their teams also make you question how ill-equipped & unknowing our local law enforcement is when it comes to dealing with cases of rape.

“I am nearly at the top of the mountain and I know I will reach it one day soon. I just pray that those that matter to me the most will be there waiting for me on the other side' #victorialive #unbelievablenetflix https://t.co/gsHbm1z2DY

Unbelievable also effectively answers the question often posed to victims of sexual assault: why didn’t you report it?

Next time someone says “why didn’t they report it?”
.
It took me 6 years to get psych support and 8 years to report. Yet my rapist walked free.
.
There was medical evidence that was recorded at the time but he said it was consensual. https://t.co/5BrE9SsKoA

In my work as a sexual assault crisis counselor & in covering the #MeToo movement as a journalist, victims say the same thing over and over again.

us. I am one of those women that didn’t report when I was 14 for fear of how I’d be treated. Stop shaming women (and men) who are assaulted.

Moreover, and quite importantly, the show has cast a light on the systemic issues which become barriers to justice for rape survivors:

An internal review found that from 2008-2012, Lynnwood police deemed 10 of 47 rape claims reported to them “unfounded”—21.3 percent. Five times the national average for agencies covering similar-sized populations in that period. #unbelievablenetflix https://t.co/8Xdb6Yc6la

The real "Marie" from @Netflix's Unbelievable told @propublica's @bykenarmstrong she is hopeful that the show will help others. "I don’t want it to happen to someone else like that." #unbelievablenetflix https://t.co/l0GAQiNnpg

The humanisation of the women who are depicted in the series is one of its greatest achievements. We get to see these women, and empathise with them, as complete human beings. This means that rather than just being a searing indictment of systemic failures in law enforcement when it comes to investigating rape, Unbelievable is also about survival. It’s about how women deal with, and move on from, debilitating trauma. And its message that healing is possible for these women is probably its biggest triumph.