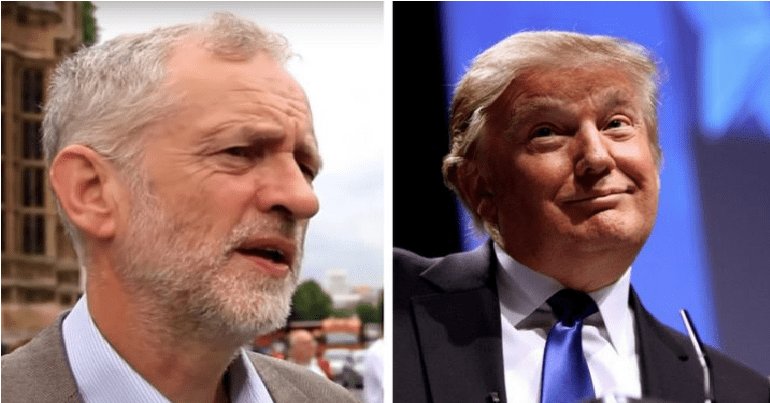 An incoming report from some of Donald Trump’s former security advisers has issued, perhaps, the most farcical anti-Corbyn smear yet.

With zero evidence, the Hudson Institute report will suggest that Jeremy Corbyn could pass official secrets to Russia if he wins a general election. And the right-wing UK media has lapped up the allegation: 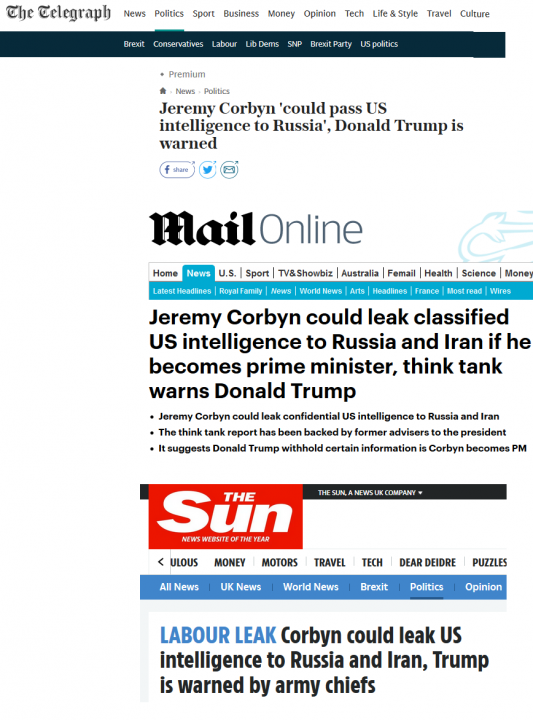 According to the Telegraph, the report also recommends that Trump should:

consider withholding sensitive information and even pushing for the country’s Nato membership to be “downgraded” if the Labour leader enters Downing Street.

Previously, the Labour leader won damages after Conservative MP Ben Bradley accused him of selling “British secrets to communist spies”. Corbyn then donated the money to Bradley’s local foodbank and a homeless charity.

There are so many issues with the attack line. Corbyn’s perspective is miles away from communist. And Russia isn’t a ‘communist’ country by anyone’s measure.

In fact, the former leading Soviet Union nation is now much closer to the free market capitalist economies of the West. So it’s no wonder that it’s the Conservative Party that had an organisation called the Conservative Friends of Russia. It’s now dubbed the Westminster Russia Forum after allegations of being too close to Russian authorities.

And the relations don’t appear to have changed much since. From 2016 to 2018, Russian oligarchs and their associates donated over £800,000 to the Conservative Party.

On social media, people reacted to the claims:

The report suggesting Corbyn could leak intelligence to Russia will be published in Hudson Institute, a right-wing US think tank. Who funds it? Its main donors include Rupert Murdoch, Facebook, arms dealers Northrop Grumman, Boeing, Lockheed Martin, & the Charles Koch Foundation pic.twitter.com/VwopWMHIm2

Yes because it's Corbyn who refused to return £820,000 of funny Russian money, isn't it? No sorry, that would be the Conservatives. https://t.co/rIy0Yj8Spy via @Telegraph

Ha ha ha
They think we are stupid. https://t.co/nHoyUNdsW9

On 8 December 2017, Labour leader Corbyn received the Séan MacBride Peace Prize from the International Peace Bureau (IPB). Founded in 1891, the IPB is one of the world’s oldest peace organisations.

Still, the establishment tries to attack Corbyn as some kind of Stalinist anti-British collaborator. Given Russia is a capitalist country and the Soviet Union doesn’t exist, the weakness of these smears is frankly laughable. Meanwhile, it’s the Conservatives taking pro-Kremlin money and apparently cosying up to the regime. What a joke.