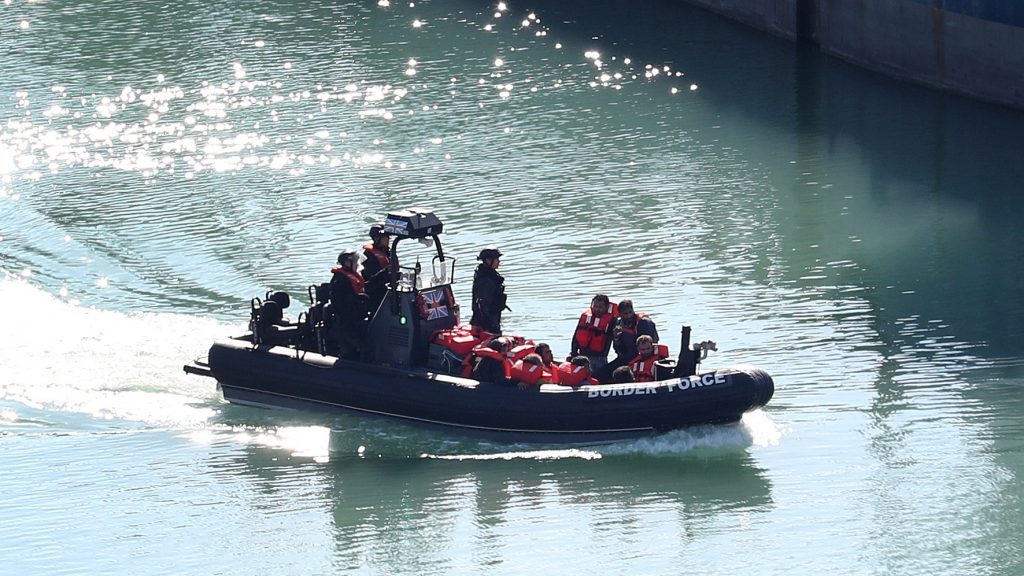 Small boats carrying children, women and men have been intercepted off the Kent coast after a wave of refugee camp clearances in France.

At least two Border Force vessels, carrying what appeared to be around a dozen refugees and asylum seekers in orange life-vests, were seen pulling into Dover on Sunday morning.

It is understood more UK-bound boats were caught before reaching British shores – although events are still unfolding.

The Home Office said it was “aware of ongoing incidents”.

It comes days after Border Force intercepted what is thought to be the highest number of people in a single day amid warnings the closure of a French camp could prompt a spike in Channel crossings.

Some 86 men, women and children attempted the journey in small boats on Tuesday, with some managing to land on beaches before being detained.

Refugee charity Care4Calais warned the imminent closure of a gym in Dunkirk, where up to 1,000 refugees are living, is likely to prompt a spike in crossing attempts. Ahead of the clearances, a statement from Care4Calais said:

We can only surmise that [these]…actions are the result of a political need to ‘take action’ following Priti Patel’s visit to France last week to meet with her French counterpart. Our government believes the UK is facing a national ‘crisis’ – 1000 migrants have crossed the Channel in boats this year; yet just 10% of England and Wales is urbanised. A bigger issue may be that 1% of our population owns 50% of our land.

This strategy of continual forced evictions has been followed for many years now – certainly enough to clearly demonstrate it is a pointless exercise. Evictions have no effect on the underlying issues that cause people to risk their lives on dangerous journeys to the UK; even the major destruction of the Calais Jungle in October 2016 did not change this.

On Friday morning, French police officers – including some apparently armed with tear gas guns – cordoned off the road by an area of wasteland and woodland on the outskirts of the port town of Calais, telling those camping there to leave and move their tents.

The wave of refugee camp evictions and the looming clearance of a Dunkirk gym – currently thought to be housing more than 70 families, many of whom have young children – came after a French court order was issued.

On Friday, the National Crime Agency said six people suspected of being part of organised crime groups smuggling people across the Channel in lorries and small boats had been arrested this week.

The number of refugees and asylum seekers taken in by UK authorities so far this year is thought to have already passed 1,000.

Border Force cutters are continuing to patrol the Channel while drones, CCTV and night vision goggles are used.