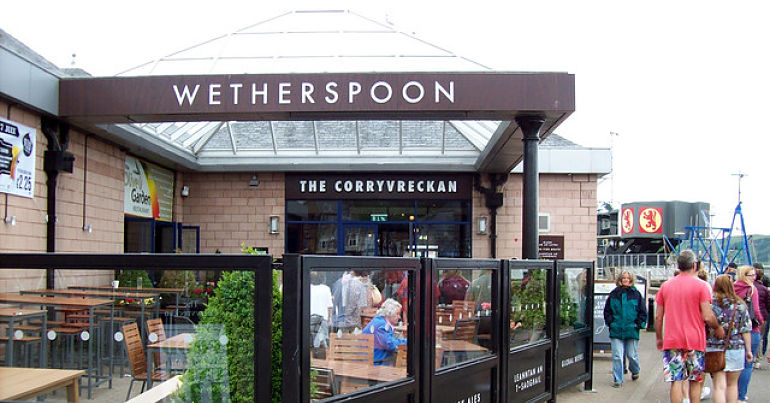 If Tim Martin thought repeated falling profits at JD Wetherspoon were his only problem, then he was in for a rude awakening.

Because, not for the first time, there’s a campaign to boycott his pub chain. The hashtag #BoycottWetherspoons started trending after Wetherspoon’s founder Tim Martin launched an attack on “elite Remainers”. So Martin might have to get used to falling profits.

Unlike the vast majority of UK companies, Tim Martin believes in the benefits of leaving the EU without a deal. This might well be why he railed against Remainers. But as well as his association with no-deal, many associate him and his pub chain with zero-hours contracts and the ‘gig economy‘.

This is an economy where people work on low wages, their employment is insecure, and they have no real employment protection. Many of Martin’s staff fit into this category as they don’t receive a “real living wage”. Other staff report working in “grim conditions” with “short and unpaid” breaks and where “being sick” could mean you lose your job.

So when people had the chance to get behind #BoycottWetherspoons, they jumped at it. Many seized the chance to highlight Martin’s self-serving reasons for ranting at Remainers. In fact, some have been telling us for some time:

I’ve BEEN saying we should #BoycottWetherspoons and that Tim Martin is a self absorbed self motivated cretinous man who paints a false reality of the economic benefits of brexit merely to line his own pockets for a WHILE. I even said it TO him. But y’all didn’t wanna listen 🤪 https://t.co/D8dZ9H9yLd

Others decided to get behind the boycott campaign due to staff conditions and the “poverty wages” he pays some staff:

Opinion: I work at a Wetherspoons in grim conditions while Tim Martin bleats on about Brexit https://t.co/FUHg1pM8SF So Martin creams it off as his employees have almost no rights and treated badly. #boycottwetherspoons

The ‘gig economy’ must end

Supporters of the gig economy say:

it brings in a little extra income without a major time commitment.

And while that may suit some it doesn’t outweigh the “unsteady workloads and pay schedules” as well as the “lack of benefits” it means for most. It certainly doesn’t work for those who earn “poverty wages” while Tim Martin pays himself £324,000 per year. So Martin’s rant at “elite Remainers” is a charade. And it also reminds us why the #BoycottWetherspoons campaign must be supported.