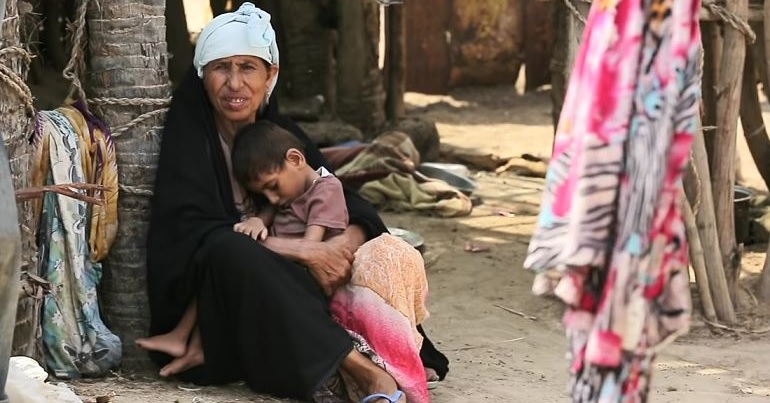 Britain is royally screwing Yemen, but not only through its support for the Saudi-led assault on the country. According to a new report by Christian Aid (CA), Yemen is one of the most food insecure countries. So is the tiny African nation Burundi. In no small part, the climate emergency contributes to this insecurity. Yet Burundi specifically is the world’s lowest carbon emitter. In fact, CA says the average Briton “generates as much CO2 as 212 Burundians”. Yemen is among the lowest emitters too.

So people in these countries are, in part, food insecure because of Britons’ indulgence. And the UK is by no means the worst offender.

CA released its findings ahead of the UN’s Special Report on Climate Change and Land, which it’s due to publish on 8 August. As CA explains in Hunger Strike: The climate and food vulnerability index:

One of the primary threats to human life caused by climate change is food insecurity, particularly in the global south, where people are more reliant on small-scale agriculture and pastoralism and are vulnerable to droughts, floods and extreme weather.

But the report shows that those most at risk of food insecurity as a result of the climate breakdown are often not the cause of that crisis. As previously mentioned, Burundi emits very little CO2 per capita in comparison to countries in the industrialised world. The same is true of the Democratic Republic of the Congo, Madagascar, and Yemen. But they fill the top four positions on CA’s food insecurity index.

Richer countries are often more food secure because they can invest in the best infrastructure and equipment to maximise their own domestic food systems and have food safety-net programmes.

They are also less reliant on domestic agriculture in general, as they can afford to switch international supply chains to take advantage of the lowest prices. Often this can result in them abandoning fragile economies when extreme weather ruins their crops.

So not only are wealthy nations lumbering countries in the global south with the devastating environmental consequences of their actions, they’re then “abandoning” those “fragile economies” amid the disaster. Some of the highest emitting countries, such as the US, Saudi Arabia, and Russia, are also actively blocking the chances for mitigation of the climate emergency. As CA explains:

at recent [UN] meetings… high emitting countries such as Russia, the USA and Saudi Arabia not only failed to commit to slashing their emissions in support of those low emitting climate vulnerable countries, but they also blocked the adoption of the IPCC’s 1.5C report by the other countries in attendance.

The UN Intergovernmental Panel on Climate Change (IPCC) released the climate report referenced by CA in 2018. It concluded that global warming must be kept to 1.5°C at the most, half a degree hotter than right now, if we are to limit the most severe effects of climate change. The risk of large-scale food scarcity, poverty, species loss and extreme weather, among other things, becomes more certain at 2°C, the group of UN scientists found. According to the report, we don’t have much time left until we reach the 1.5°C limit. It reads:

Rich nations are taking actions that come with severe consequences for the climate. But those effects are largely being offloaded onto poorer countries. And, most offensively, some of the world’s biggest polluters are blocking the changes we need to combat the crisis.

The world order, historically, has never been fair. Powerful countries have generally always shat on others without the means to resist them. Britain’s past empire is a testament to that. But this time, the unfairness is beyond foolhardy. Because we have one world, united by ecosystems that depend on each other. So, if we screw over another country’s climate, those chickens will eventually come home to roost.