The UN agrees: eating meat is a leading factor in the climate crisis - Canary 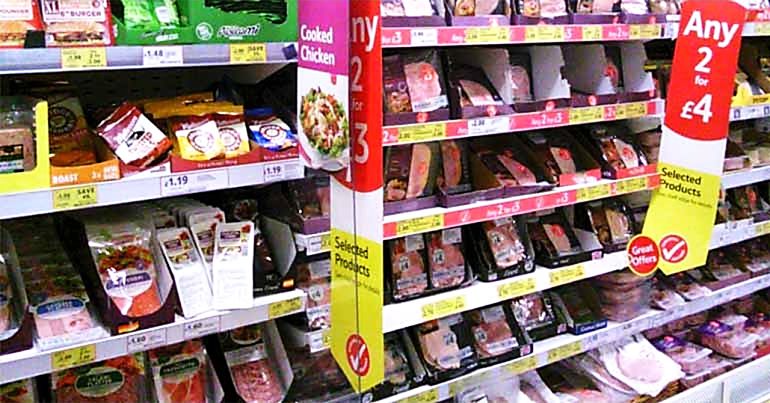 A new report on links between land use and climate breakdown has revealed the important role our diets play. And it’s clear that all of us need to reduce our reliance on animal products, including meat.

The Intergovernmental Panel on Climate Change (IPCC) said on 8 August that we must all “look after the land”. In its report Climate Change and Land, the IPCC said that changing the way humans use land is “critical” in reducing greenhouse gas (GHG) emissions. And it emphasised that “overall focus on sustainability” must be part of “agriculture, forestry and other land use”.

The report, which was commissioned by the UN, highlights among other things the huge impact of farming animals. Co-chair of IPPC Working Group II Debra Roberts said that cutting meat from diets presents “major opportunities” to fight climate breakdown:

Some dietary choices require more land and water, and cause more emissions of heat-trapping gases than others.

And Hans-Otto Pörtner, a co-chair of the IPCC’s working groups, said:

We don’t want to tell people what to eat… But it would indeed be beneficial, for both climate and human health, if people in many rich countries consumed less meat, and if politics would create appropriate incentives to that effect.

Climate Change and Land highlighted some of animal agriculture’s most harmful emissions. It said that 13% of CO² emissions result from land use and deforestation in particular. The cattle industry is a key driver in deforestation. For example, a joint investigation by the Guardian, Repórter Brasil, and the Bureau of Investigative Journalism revealed “thousands of hectares of Amazon being felled every year to provide meat for world markets”.

The report also pointed at livestock as a key contributor to global methane and nitrous oxide emissions. Land use accounts for 44% of methane and 82% of nitrous oxide output. Livestock, and in particular cattle, is “particularly emission-intensive“. In fact, the report said:

For comparison, fossil fuel carbon-equivalent output was about 36 gigatonnes in 2017.

The UN has linked meat consumption to climate breakdown for a long time. With little more than a decade left to take serious action, though, we need to take all plausible measures seriously. It’s essential that our focus remains on tackling systemic issues such as polluting corporations. But it’s not an either / or case. We can do that at the same time as reducing demand for animal products.

Those of us in the global North have a disproportionate impact on this front. So cutting back on animal products – and red meat in particular – is one of the easiest things that we can do.