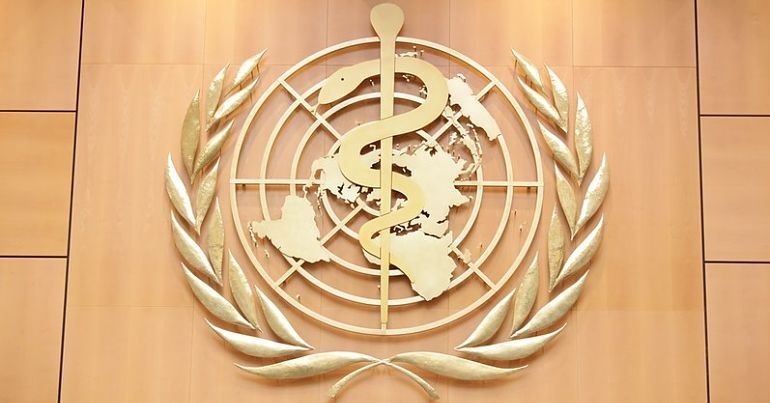 Since the coronavirus (Covid-19) pandemic changed the face of the world as we know it, many have been hanging on the World Health Organisation’s (WHO) every word. But it’s latest decree on what many believe to be the source of the pandemic – live animal markets – has been met with alarm and disbelief.

But what is the WHO? Why do we  – and should we – treat its decrees like gospel?

Here’s what you need to know.

WHO food safety and animal diseases scientist Peter Ben Embarek recently gave his verdict on live animal markets. These markets happen across the globe and are common in some countries, such as China. It’s suspected that coronavirus originated in a live animal market in Wuhan. Embarek endorsed their continuation, saying they are important for people’s food supply and income. He argued for reforms rather than bans. Although, Humane Society International’s vice president Teresa Telecky pointed out that Embarek didn’t address “the issue of wildlife sold for food in these markets” specifically.

It’s widely thought that if coronavirus did indeed originate in the Wuhan market, it would have come from the wildlife sold there. Telecky argued that the WHO:

has an obligation to advise countries to lower the risk of another pandemic by outlawing live wild animal markets.

No one knows where the next pandemic might originate from but wildlife markets are a big risk. The WHO should, in our view, take a precautionary approach.

As it stands, China is leading the investigation into exactly what non-human animal could have been the source of coronavirus. According to AP, Embarek expressed faith in the country’s expertise to do so and its “willingness to collaborate with others”. Currently, China hasn’t invited anyone – not even the WHO – to collaborate on the investigation.

After the Second World War, the human world appeared to be getting itself together. New international organisations sprung up with the aim of uniting the global community. The WHO is one product of this time.

Previously, there were more regional alliances focused on health. These included the Pan American Health Organisation (PAHO) and Europe’s L’Office International d’Hygiene Publique. But, as the Lancet documented:

As such, it is an agency of the United Nations. It has its headquarters in Geneva, Switzerland and regional offices in Africa, the Americas, South-East Asia, Europe, the Eastern Mediterranean, and the Western Pacific. Across its various offices, it employs around 7,000 people.

“One of the fundamental rights of every human being”

As with most international organisations of its ilk, the WHO has a founding constitution. This lays out the principles that parties to it, i.e., countries that endorse it, agree to. These principles detail what health is – physical, mental, and social well-being – and assert that the “the highest attainable standard of health is one of the fundamental rights of every human being”. Fundamentally then, it is concerned with human health, rather than the well-being of the living world as a whole. But, since 1992, it has extended its remit to cover environmental degradation because of the hazards such degradation poses to human health.

Importantly, given the current circumstances and the global nature of pandemics, its constitution affirms:

The achievement of any State in the promotion and protection of health is of value to all.

So, in light of human beings’ fundamental rights and the common threat poor health anywhere poses to the health of people everywhere, parties have promised “to promote and protect the health of all peoples”. The WHO is tasked with providing governments and people with the necessary support and expertise to achieve the goal of “the attainment by all peoples of the highest possible level of health”.

Of course, few nations have played their part adequately in realising this goal. But the WHO is essentially toothless when it comes to enforcement because it has no power to impose the implementation of its objective.

Meanwhile, the WHO is partly reliant on states for its funding. It lays out a certain amount of “assessed contributions” for each state each year, an amount it expects them to pay as a member. This is varied according to “the country’s wealth and population”. States can also provide voluntary funding – along with other donors. Most of its funding comes from voluntary contributions. As the Independent reported in 2017, the non-state, private funding has led to concerns over “the increasing input of private foundations and consultancies like McKinsey and PricewaterhouseCoopers”.

The figures each state provides can be vast. The figures for 2020 show that the US is by far the largest state funder, with China in second place. The 2020 funding figure for the US stood at $115.8m and $57.4m for China, according to WHO financial information from 31 March.

Donald Trump recently threatened to withhold funding from the organisation. He instantly backtracked, but with such an inconsistent leader in the US, China’s contribution gains increasing importance.

In short, the WHO sprang from a time of commendable unity and tasked itself – and parties to it – with achieving a laudable set of goals. It is, however, financially dependent on the very parties it is tasked to advise and support – particularly large and financially wealthy states. Unsurprisingly then, it’s faced criticism for being too focused on the health of people in the so-called advanced, richer areas of the world. Meanwhile, it’s also dependent on the non-state voluntary donors, all of whom have their own set of priorities.

Essentially, like any other international organisation of its kind, it’s complicated. The world is certainly better off with the WHO in it. But understanding its context and history is vital background to critiquing the decisions it makes.