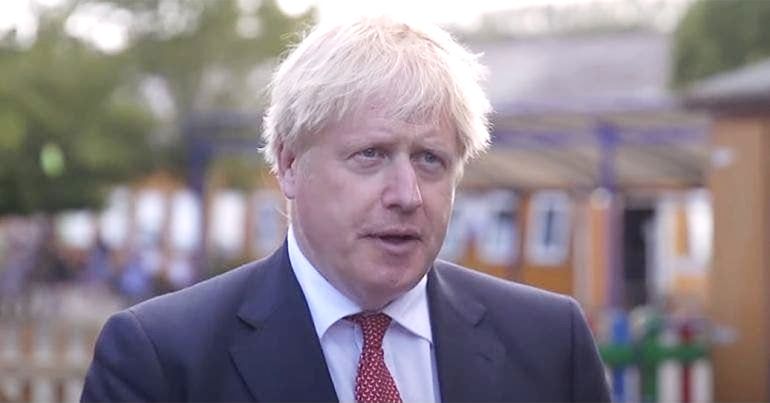 Brits have started the fightback against a Tory vote that blocked protection against the NHS being ‘controlled from outside the UK’.

The vote, on an amendment to the Trade Bill, took place on 20 July. By 22 July, campaign group We Own It had launched a petition aimed at the House of Lords. It called on them to amend the Trade Bill to the give protections for our NHS that Conservative MPs had rejected. Within less than 24 hours of that petition going public, over 54,000 people had signed it.

As The Canary previously reported, the amendment, proposed by Labour, would have prevented the UK government from signing up to any trade deal that “undermines or restricts” the NHS’s status as a public universal healthcare system. That would have included the trade deal the US and the UK are currently negotiating. It also sought to ensure that new trade deals couldn’t hamper the appropriate UK authorities’ ability to:

Among other things, the amendment further aimed to prevent the NHS or other public services being the subject of litigation via an Investor-State Dispute Settlement (ISDS) clause in trade deals. Such clauses allow companies to sue governments – in a secret court – if they feel country officials are unfairly limiting their access to markets by making certain legislative decisions.

The House of Commons Twitter account summed up the amendment after the vote, saying it would have protected the NHS and other public health and care services from “any form of control from outside the UK”. It has since deleted the tweet:

Staggering to wake up to news that the UK House of Commons has deleted the tweet alerting us to the Tories voting against attempts to protect the NHS from USA Health Corporations.

Good thing I saved it for them in case this accidentally happened pic.twitter.com/nOtcLeTjQc

the amendments were not needed – as they’ve repeatedly said no element of the NHS will be up for grabs in a future trade deal, and standards will not be lowered.

But it appears many people in the UK think the Conservatives’ actions speak louder than words. Not only the recent actions of the party’s MPs in voting down these amendments, but the decade-long decimation of the NHS by successive Conservative governments. During that time government officials have chronically underfunded the health service and introduced legislation that put contract-grabbing private companies at the heart of it.

So now people are looking to the House of Lords to right the latest egregious wrong.

In a press release, We Own It asserted:

the Trade Bill as currently worded would pose a range of dangers for the health service, opening up the NHS to being charged more for drugs, enshrine the rights of American [US] healthcare companies to access our NHS in international treaties and “lock in” privatisation that would be incredibly difficult for a future government to reverse.

It also noted that a recent poll suggested 75% of Britons want protections for the NHS in any US-UK trade deal. The group’s campaigns officer, Ellen Lees, accused Conservative MPs of ‘betraying’ the country and the NHS. But she said:

it’s not too late to protect the NHS. The Trade Bill hasn’t become law just yet. Now it’s time for the House of Lords to step in

The Lords are due to debate the Trade Bill in the autumn, after parliament’s summer recess. If the public’s response to the petition in its first 24 hours is anything to go by, the Lords should be in no doubt of what the country expects of them by the time they return: to seize this “last chance to protect the NHS”.