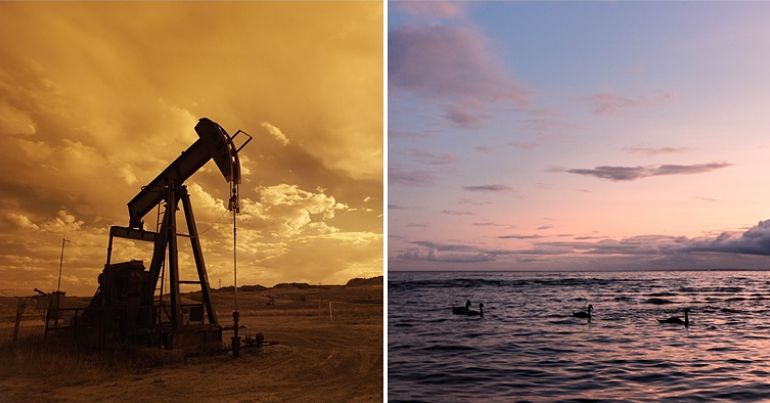 On 13 October, the Northern Ireland Assembly passed a motion backing a “moratorium on onshore petroleum licensing and drilling”. Environmental campaigners now demand legislation banning all exploration, drilling, and extraction of hydrocarbons in the north of Ireland.

Campaigners have particular concerns about an application to drill at Lough Neagh. EHA Exploration Ltd is applying for a petroleum licence to drill in the south Lough Neagh basin. Environmental campaign group Stop The Drill told The Canary:

We are firmly opposed to all drilling. They can’t put the catchments of Lough Neagh at risk. Water protection and public health is at the core of our campaigns.

It also told The Canary:

The Northern Ireland Assembly declared a climate emergency in February this year. Furthermore, there was cross party support for the 13 October motion. However, the DUP’s Diane Dodds, who’s also minister for the economy, couldn’t support it. Dodds said:

At this stage, I cannot support the motion as presented. I have taken legal advice on the matter and have been advised that the course of action proposed in the motion would, most likely, be subject to challenge.

As Minister with responsibility for this area, I am asking for the time and space to allow officials to develop evidence-based policy proposals that will be subject to a rigorous policy development process.

But campaigners are determined to stop the drill going ahead. What’s more, they’ve had success in the past. In 2016, campaigners stopped drilling for oil and gas at Woodburn forest. And so far no commercial oil extraction has taken place in the north. As stated by minister Dodds:

There are currently no petroleum licences in Northern Ireland. The last one, held by Terrain Energy, was relinquished on 28 April 2020.

The fight to protect the environment doesn’t stop at Lough Neagh. It also continues in other parts of the north. An anti-gold mining protester in the Sperrin mountains has launched a judicial review into the application to mine there.

While minister Mallon has ordered a public inquiry into this goldmine application, campaigner Martin Tracey feels it doesn’t go far enough. Tracey believes the inquiry should deal with health and environmental concerns as well as threats to life and safety. He wants Mallon’s investigation to comply with human rights.

In a separate case, minister Mallon angered environmentalists when she granted planning permission for dredging on Lough Neagh. This is taking place at a different site to the proposed petroleum drilling site. They described it as “an appalling assault on ecology and our environment”.