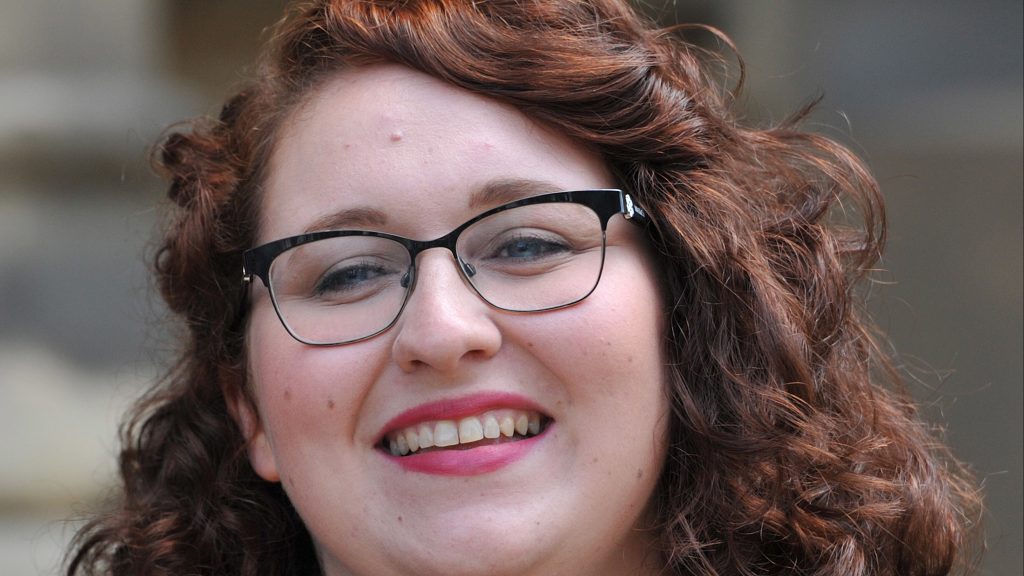 As a campaigner I’m really excited that I’ll be working more closely with the climate movement, including the inspiring youth climate strikers, to urgently move the issue forward.

Since Parliament declared a climate emergency and adopted the 2050 net zero target, the Government has not introduced a single practical measure that will help the UK to lower its emissions.

As a priority, I will be using my position to push them to immediately ban fracking, stop blocking onshore wind and extend free bus travel to under-25s.

We need to kickstart a Green Industrial Revolution in the UK informed by diverse voices both within and outside of the climate movement.

Rowley will spend her first day in her new role discussing solar energy at the University of Edinburgh’s Roslin Institute in Midlothian, and with the climate school strikers at Holyrood.

Demanding action as government unlikely to meet its targets

As a first priority, she will demand action to lower carbon emissions so the government can hit its new 2050 net zero target.

According to the Committee on Climate Change (CCC), the UK is still off track to meet its near-term targets in the 2020s and 2030s, despite parliament declaring a climate emergency in May.

Despite the CCC saying the use of gas in the UK must sharply decline, Rowley said the government continues to back new fracking sites, which “will lock the UK into fossil fuels long after 2030”.

Rowley will also focus on decarbonisation and the creation of high-skilled, unionised and UK-based jobs in the green energy sector.

The Labour MP claimed the Tories have “effectively banned a renewable energy source from replacing existing reliance on fossil fuels” by introducing barriers to onshore wind and blocking subsidies.

She added that free bus travel would also reduce carbon emissions and generate lifelong use of public transport for young people.