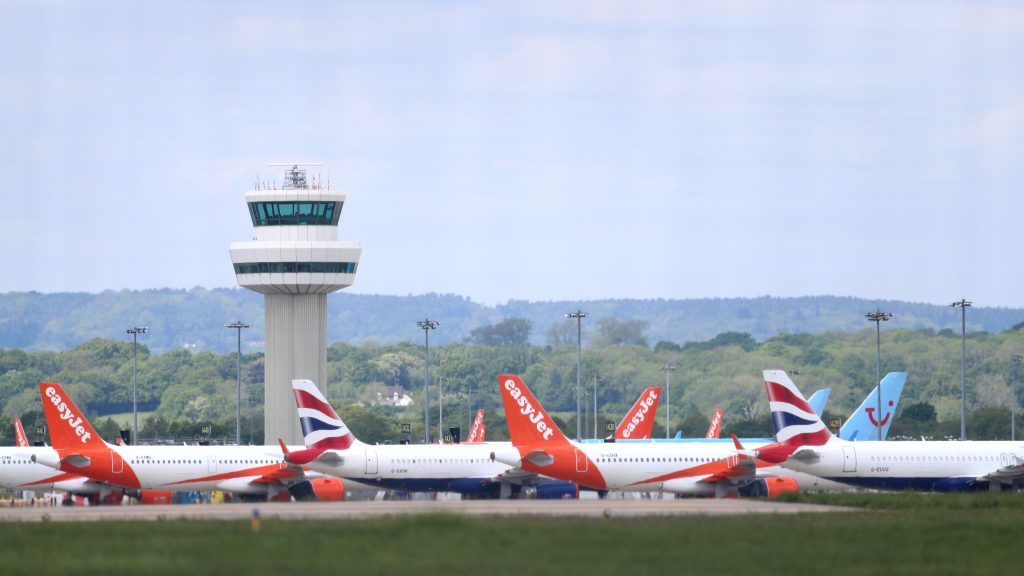 Green campaigners have warned the government not to give airlines an unconditional bailout, as a poll suggests people do not think the sector is a priority for public money.

Lawyers acting for climate action charity Possible have written to the chancellor asking for assurances any bailout of the UK aviation industry will have conditions to ensure there are meaningful emissions cuts from planes.

Legal firm Leigh Day has warned Rishi Sunak that a failure to attach carbon-cutting conditions to a bailout would be unlawful, because it would not be in line with the UK’s legal goals to cut greenhouse gases.

It would also fail to take into account the UK’s international commitments to tackle climate breakdown under the global Paris Agreement, it warned.

Meanwhile, separate polling for Greenpeace suggests just 7% of people think that the airline industry should be prioritised by the government for financial support.

The survey of 1,654 people by YouGov found health topped the list, with 58% saying it should be a priority for government support, while 40% backed prioritising education, 39% supported farming and 35% backed manufacturing.

Along with aviation, other low scorers included fisheries, with just 6% saying it should be a priority, the oil and gas sector (4%), entertainment (3%) and the car industry, which just 2% thought should be prioritised for financial support.

The findings and the legal letter come amid expectations the government is preparing a bailout for the airline industry, which has been hit by a massive downturn in people taking flights due to the global pandemic and lockdowns.

But environmental campaigners want any financial support for the sector to protect workers and make airlines tackle their contribution to climate breakdown – as the French government has done with Air France.

A spokesman for Possible said: “Right now, the government has a choice.

“They can choose to give [billionaires] like Richard Branson a free ride, or to protect people and the planet and ensure the UK builds back better.

“We need to build a low-carbon transport system that works for everyone, not just for a small minority of wealthy frequent flyers and the airline bosses cashing in on the damage flying does to our climate.

“Recovery from Covid-19 will need huge public investment, which must go to building a better future for everyone, not propping up polluters.”

In light of the Greenpeace UK polling, Fiona Nicholls, a climate campaigner for the organisation, said: “Airlines were first in the queue with their hands out for public money as soon as the Covid-19 crisis arrived.

“But they are certainly not top of the public’s priorities, where nurses, teachers, farmers and factory workers are all way ahead of airline bosses like Richard Branson.

“Over the next decade, the government needs to restrict demand for aviation to reduce emissions, and speed up leaving petrol and diesel vehicles behind, along with the oil and gas industry.”