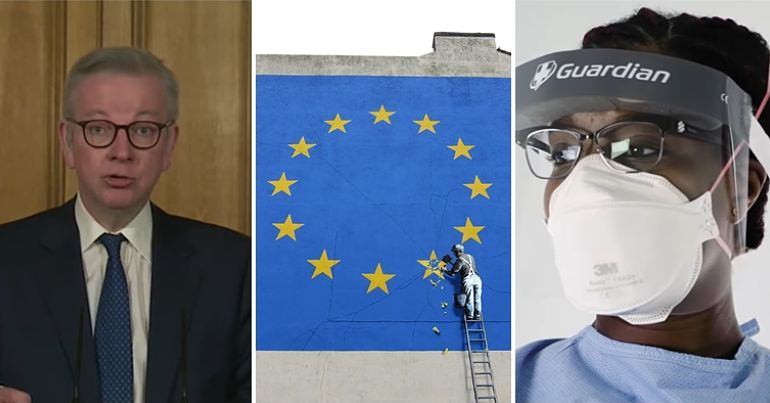 In the House of Commons on 4 May, Michael Gove responded to a question from Labour MP for Ilford North Wes Streeting on the Brexit transition period. Streeting asked why the government wouldn’t extend the transition beyond December 2020 given the impact of coronavirus (Covid-19). Gove replied:

It’s plain prudence. Were we to perpetuate our membership of the European Union-lite through the transition period, we would end up spending more taxpayers’ money – which can be spent on the NHS – we would have to accept new EU rules which might constrain our ability to fight Covid-19 and deal with other crises, and we would be unfortunately and unfairly trespassing on the EU’s need to concentrate on other vital priorities.

Gove’s position on the extension deadline isn’t surprising, but his defence of the NHS is. Because years of Tory under-funding and mismanagement have made its task in tackling the pandemic all the more difficult.

Tory neglect of the NHS

So Gove’s use of the NHS to defend his own position is galling. Because successive Tory governments, despite pre-election promises, are responsible for its neglect. It’s a further cruel irony that he’d use the NHS in a Brexit discussion given the false claim of Vote Leave. During the 2016 Brexit campaign Vote Leave claimed that leaving the EU could result in an extra £350m per week for the NHS.

Over the last 70 years the NHS budget has grown. But the scale of those increases has typically been lower under Conservative-led governments compared to Labour. And it spends a lower percentage on healthcare than some other large EU states.

The Conservatives have also increased the amount of the NHS budget that goes towards private care firms. And the Tory use of private healthcare firms comes at a cost to the British taxpayer. Additionally, waiting times are worsening, and in January 2020 the BBC reported the NHS in England had nearly 100,000 unfilled vacancies.

The Sunday Times revealed that Boris Johnson missed vital government meetings at the beginning of the year as the coronavirus took hold. It was the crucial time to deal with the outbreak and had restrictions been introduced then, instead of pursuing the ‘herd immunity’ strategy, lives could have been saved. Thousands of people, including a number of healthcare workers, have paid the ultimate price for this.

It was the failure to convene [the emergency committee] Cobra at the beginning of February that meant everything else flowed from it, the failure to order equipment etc. Now we are into the cover-up.

While the UK formally left the EU on 31 January, the transition period exists to allow the EU and UK to negotiate their future relationship. In the meantime, EU rules still apply in the UK. But there’s a lot to be agreed in that very short period of time. EU officials believe it’s “fantasy land” to think they can reach a deal in that timeframe.

The EU and UK can extend the transition period of course, but they must agree this by 1 July. In any case, the UK government has ruled the extension out. So if they haven’t reached an agreement by the end of this year, it’ll lead to a no-deal exit. This means the UK would fully leave the EU with no trade agreement in place.

What no-deal could mean for the NHS

According to the NHS Confederation, a no-deal Brexit could result in the delay of medical supplies in the short-term. It also says:

It could affect recruitment as the UK wouldn’t be able to recruit healthcare staff from the EU as it has done to date. And, most crucially for the current pandemic crisis:

there may be a weakening of the UK’s response to pandemics and an increase in the chances of diseases spreading as we lose partnerships with key EU bodies, such as the European Centre for Disease Prevention and Control.

Despite this damning evidence, Gove still had the audacity to use the NHS as a reason for not extending the deadline. The neglect the Tories have shown the NHS and the delay with which they responded to this pandemic shows they care little for people’s health.

Tory neglect of the NHS can’t be allowed to continue when the UK fully leaves the EU. The timeframe between now and December is clearly insufficient. The option to extend still exists.