The new revelations about Boris Johnson's behaviour might be shocking, but they're not surprising - Canary 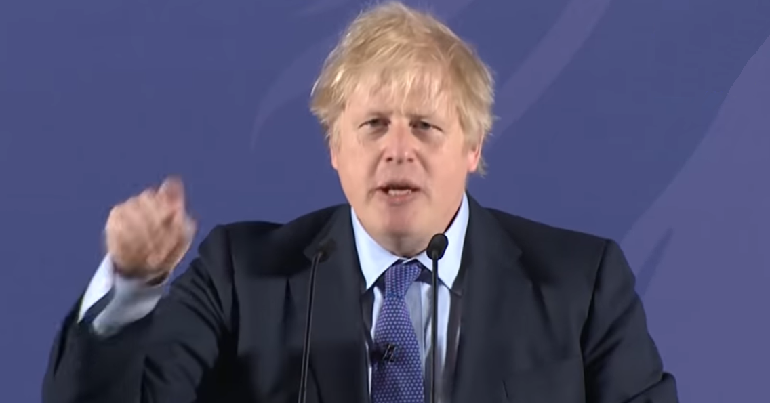 An investigation published in the Sunday Times has revealed that Boris Johnson missed five emergency meetings between January and March 2020. The meetings of the government’s national crisis committee ‘Cobra’ took place as the coronavirus (Covid-19) crisis continued to grow globally.

As Britain was hit by unprecedented flooding, [Johnson] completed the EU withdrawal, reshuffled his cabinet and then went away to the grace-and-favour country retreat at Chevening where he spent most of the two weeks over half-term with his pregnant fiancée, Carrie Symonds.

Vote for a clown…

The revelations in the Sunday Times almost read like a cheesy film plot, where an entitled, self-absorbed head of state just wants to do fun things instead of real head-of-state-work – except people are dying in real life because of it.

While the news that Johnson, as prime minister, missed not one but five emergency meetings to address the national response to a global pandemic is shocking, it’s not surprising. I say this because anyone who’s been paying attention will already know that Johnson has a track record for being both unreliable and untrustworthy.

Let’s not forget, this is the same man who, prior to the December 2019 election, was absent at leaders’ debates and hid inside a fridge to avoid being interviewed. So evading accountability seems to be something Johnson has had practice with.

Many establishment journalists seem surprised at Johnson’s absence during a major crisis. Yet, their reporting played a role in getting Johnson elected. As The Canary’s Kerry-Anne Mendoza said, “Elect a clown, get the circus”:

Elect a clown, get the circus 🎪 pic.twitter.com/MP6W2KcfZe

“When someone shows you who they are…”

As award-winning author Maya Angelou once said, “When someone shows you who they are, believe them the first time”. Unfortunately, the British public refused to do so.

As foreign secretary, Johnson had already proved himself to be incompetent at best. He repeatedly failed Nazanin Zaghari-Ratcliffe, the British citizen imprisoned in Iran, possibly even worsening her situation. His time as mayor of London followed a similar pattern of broken promises and expensive mistakes. Most famously, the garden bridge, his vanity project which never materialised, cost the taxpayer a whopping £53m.

So the signs were all there. Johnson had proven himself to be unreliable, untrustworthy, incompetent, and evasive well before the December 2019 election. The British public elected him anyway – they don’t get to be surprised now that Johnson’s handling of the coronavirus crisis is consistent with his track record so far.

It’s unfortunate for everyone in this country that not only did someone like Johnson get elected, but that he’s now in charge during the worst global crisis in recent memory. Even before the pandemic hit, Johnson’s performance as PM was questionable. Most notably, he was largely absent while floods devastated Northern and Welsh communities. As a result, then opposition leader Jeremy Corbyn slammed Johnson for being a “part-time Prime Minister”.

But even with regard to the pandemic itself, the examples of Johnson’s incompetence are both numerous and inexcusable. These include:

The role of corporate media

The billionaire-owned corporate media no doubt played a critical role in Johnson getting elected. So it’s ironic that the Times is now publishing this report. In an article for the same outlet published before the 2019 election, former Conservative politician Michael Portillo made a case for why he had become “a Boris believer”. The article featured an image of Johnson with a halo around his head.

People like Piers Morgan, who viciously attacked and maligned Corbyn as being antisemitic, no doubt contributing to Johnson’s election victory, seem to have had a sudden crisis of conscience. Meanwhile, Robert Peston, who appears increasingly to be a cog in Johnson’s propaganda machine, said he was “literally gobsmacked” by the recent disclosures.

Given media mogul Rupert Murdoch’s links with Johnson, and his paper’s role in protecting Johnson’s public image, the corporate media bears more than a little responsibility for Johnson being in power. For them to now gasp in shock, and pat themselves on the back for finally doing their jobs, is just plain disingenuous.

Johnson’s entire political career has been typified by spin and clever PR, and his time as prime minister is no different. The latest opinion polls show the highest government approval rating in a decade. People didn’t believe Johnson all the times he showed himself to be untrustworthy, unreliable, immoral, and racist and elected him anyway. Will they remember Johnson’s most recent mistakes and incompetence long enough to actually hold him to account this time? Considering everything he’s already gotten away with so far, I’d say probably not.