The UK and Spain make coronavirus plans to use private healthcare, with one glaring difference - Canary Workers’ Co-op 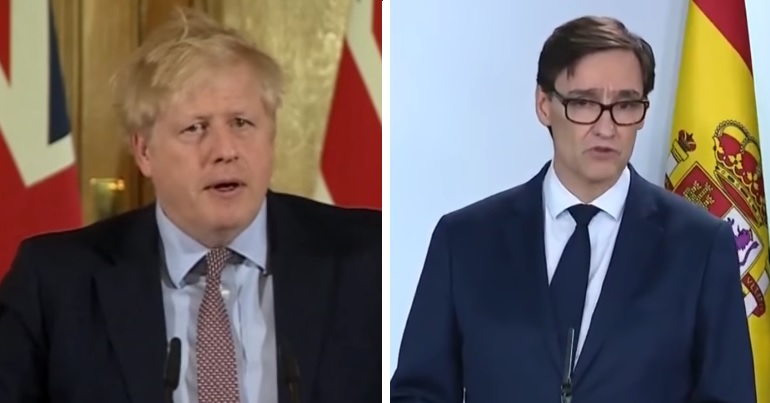 Both the UK and Spain have made plans to use private healthcare facilities to help tackle the coronavirus pandemic. But there’s a glaring difference between the policies. One that speaks volumes about the Conservative government.

The Spanish government announced that it was going to requisition private healthcare facilities and healthcare equipment suppliers and manufacturers. The government gave companies 48 hours to inform it of any relevant supplies they have. Essentially, the government is nationalising these private providers during the coronavirus crisis.

The Mirror has also revealed that the UK government will use private healthcare facilities. But there’s a marked difference with Spain’s plan. Rather than requisition private facilities, the NHS will reportedly pay the for-profit entities £2,400,000 a day for use of 8,000 beds.

So the NHS – which is already crippled financially – will be paying extortionate rent to for-profit providers, while Spain is nationalising them.

“Not a business opportunity”

This is a public health emergency.

Not a business opportunity for shoddy private healthcare chums to profiteer from distress.

It’s time to take back these beds for the NHS. Rent-free.

It's disgraceful that private healthcare companies are making a profit out of the coronavirus.

The beds should be used by the NHS. Rent-free.https://t.co/WguRF8Y2Mj

The scale of the challenge we face means we can’t do this alone.

We need every part of society and every industry to ask what they can do to help the effort.

Stevens used to work for US private healthcare behemoth UnitedHealth. As Vice reported in 2014:

In that role he became a founder member of a US lobby group explicitly trying to use TTIP [the Transatlantic Trade and Investment Partnership; a potential EU/US trade deal at the time] to force state-run health systems, including the NHS, to employ private health firms from the US.

Meanwhile, successive Conservative governments have spent the last decade ensuring that private providers can profit from the UK’s healthcare system.

The Conservatives haven’t ‘privatised’ the NHS in a conventional way. It’s still a system that’s free at the point of use, albeit a shadow of its former self after years of chronic underfunding. But it’s introduced competition into the system, whereby the NHS has to outbid for-profit companies to provide services. It often loses. So the private companies scoop up contracts and the government hands over our tax money to them to provide what the public widely see as NHS services.

So, is anyone surprised that, in the grips of a pandemic, the Conservative government and Stevens are shunning nationalisation of private entities? Or that they’ve devised a solution to a shortage of beds for coronavirus that private companies can profit from handsomely?

Anyone who is surprised hasn’t been paying attention.