A Tory MP showed her true colours over coronavirus. Her excuse isn't fooling anyone. - Canary 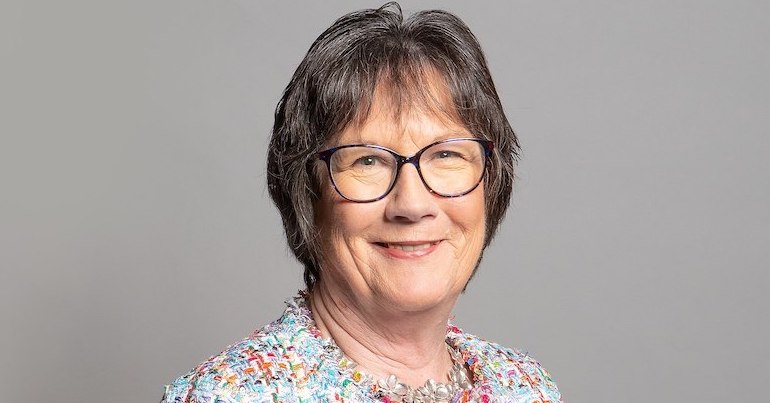 Tory MP Pauline Latham showed her true colours when asked a vitally important question. As the coronavirus (COVID-19) pandemic spreads, many people also face huge financial worries. But Latham’s heartless response epitomises just how dire the government’s treatment of the most vulnerable people truly is during this crisis. And her faux ‘apology’ really didn’t help either.

The Conservative MP for Mid Derbyshire was asked a vital question about how people can afford to live on Statutory Sick Pay (SSP) of £94.25 a week if they become ill or need to self-isolate. Her response was shocking:

My response was purely towards keyboard warriors who so often attack but don't respond with anything. I am entirely sympathetic towards those in receipt of statutory sick pay, particularly in this stressful time.

And I won’t be responding to you again. Get a life!

So unsurprisingly, people criticised Latham’s response as “a disgrace” and “appalling”:

This Tory MP @Pauline_Latham is a disgrace. Strip her of office now

Tweet still on her profile. No remorse or consequence#CoronavirusOutbreak pic.twitter.com/VMCBK3PcLT

We give you @Pauline_Latham conservative MP for Mid Derbyshire! This is appalling. pic.twitter.com/cD5BdN01Hq

I have reported Pauline to the Parliamentary Standards commissioner. If anyone else wishes to do the same, the email is [email protected] I believe she is in breach of MPs Code of Conduct here.

What’s so shocking here is that the original question was calm, polite, and genuine. Even when told to “get a life” MHughes – one of Latham’s constituents – didn’t react. Hardly a vitriolic “keyboard warrior”.

Eventually, Latham did issue a proper apology. But in truth, it’s too little too late. Because despite insisting personal “stress” ‘pushed her over the edge’, as an MP she’s accountable to her constituents. And nothing can, or should, justify her initial response:

At this time of stress, I received a Tweet from what I perceived to be a keyboard warrior and it pushed me over the edge. I am very sorry I reacted so hastily. 2/2

And this isn’t the first time Latham’s revealed her heartless side. In 2017, she insisted that people “should stop being so sentimental” about the crisis facing refugee children. She also claimed that the appalling conditions those children endured were nothing to do with the UK. “Whose fault is that?” she asked; “That’s Greece’s fault”.

As the COVID-19 pandemic continues, millions of people on low wages or zero-hours contracts face an impossible situation. Although the government has now extended SSP to include self-isolation, £94.25 simply isn’t enough to live on.

Adding to people’s concerns is the fact that people must “earn an average of at least £118 per week” to be eligible for SSP. This highlights the impact of coronavirus for the UK’s two million workers who won’t qualify for SSP, and also the inequality these workers face on a daily basis. According to the Trades Union Congress (TUC), this includes “1 in 10 working women and 23% of zero-hours contract workers”.

Coronavirus highlights the bigger issues of low pay and inequality for millions of UK workers. And Latham’s response epitomises everything that’s wrong with this heartless Tory government. Day by day, the very real dangers of hunger and homelessness for millions more people become equally as threatening as COVID-19 itself.