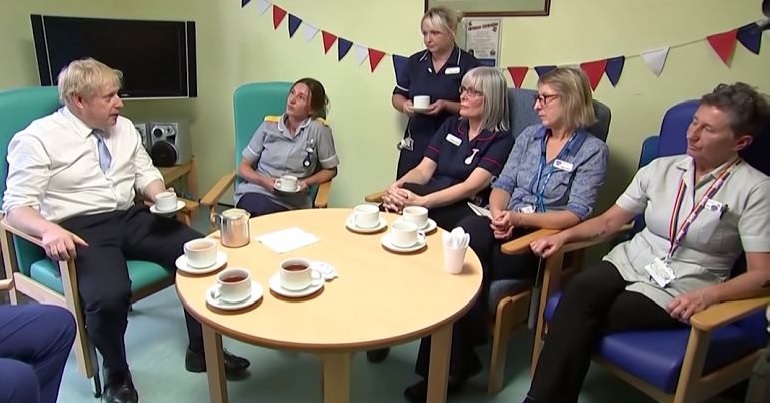 NHS England released figures in November that showed A&E departments produced their worst waiting times on record in the previous month. Those figures revealed that one in six people had to wait longer than four hours in A&E, with over 720 people waiting over 12 hours. That’s not, however, the whole story.

Explosive new figures from the Royal College of Emergency Medicine (RCEM) show that things are “three times” worse than that when it comes to 12 hour waits, and NHS England is performing poorer than it admits in other areas too. The discrepancy is due to the different way NHS England records A&E figures to the rest of the UK.

One in three people waiting over 12 hours

The RCEM’s data shows that, in the first week of December, over 5,000 patients waited for longer than 12 hours at 50 different locations. The RCEM used a sample size which is the equivalent to a third of the acute bed base in England.

Over 38,000 patients have waited longer than 12 hours for a bed at the sites since the start of October – yet data from NHS England reports that only 13,025 patients experienced waits over 12 hours since 2011-12.

In a nine-week period, at only a third of trusts across the UK, we’ve seen nearly three times the number of 12 hour waits than has been officially reported in eight years in England. This must be fixed.

Henderson also explained why the RCEM’s figures differ so wildly from those of NHS England:

The key difference in the data is the way in which it is reported. Our data measures the number of patients waiting over 12 hours from the moment they arrive at an ED, whereas NHS England (unlike Wales, Scotland and Northern Ireland) start the clock at the point at which a decision to admit is made – meaning that a patient could already have been waiting hours before this.

The way in which it has historically been reported does our patients a disservice and hides the true scale of the problem of corridor care.

The NHS England target is for 95% of patients who attend A&E to receive treatment or admittance within four hours. Its own data in November showed that hospital A&E units only managed 74.5% in the previous month. Performance of A&Es overall, which includes walk-in centres and urgent care centres, sat at 83.6%.

But the RCEM’s Winter Flow Project, which runs from October 2019 to March 2020, showed that just 68.79% of patients were seen within four hours at the reporting sites – the worst performance in the five-year history of the Winter Flow Project.

In response to the RCEM’s figures, NHS England said:

Our doctors, nurses and other staff are pulling out all the stops to look after more and more people, and a particular increase in patients who are older and have more complex illnesses.

But Henderson asserted that the figures are “truly shocking” and “terrible” for both patients and staff. She added:

Many patients are now getting often life changing news while stranded on a trolley in a corridor. This cannot be right, and we must strive to put an end to ‘corridor care’.

But we can only do that if we acknowledge the true scale of the problem.

This ‘shocking’ state of NHS A&E departments became even more apparent on 8 December when a distressing photo circulated of a four-year-old boy with suspected pneumonia lying on a hospital floor. The boy’s mother Sarah Williment said her son had to sleep on the floor for four hours and a trolley for five hours before staff could find him a bed.

After nine years of Conservative governments, the NHS is very clearly on its knees. That’s why it’s become a key topic in the general election campaign. If people vote the Conservatives into government again, that will essentially be a green light to the party that has shown itself opposed to the NHS’s existence. Because a Tory vote in light of these shocking figures, the deaths linked to NHS cutbacks, the pleas of NHS staff, and the threat to the health service of a UK/US trade deal, will signal that people no longer care enough about saving the national treasure that is our NHS.